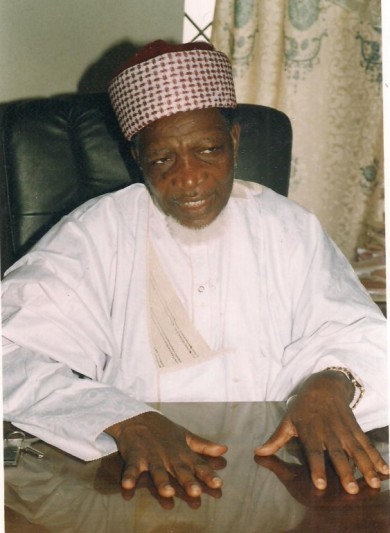 After 20 years of deep internal division and intense infighting, one of West Africa’s largest Islamic sects, the Jama’t Izalat al Bid’a Wa Iqamat as Sunna, (Society for Removal of Innovation and Re-establishment of the Sunna) known simply as Izalat, yesterday reconciled its two factions, bringing to an end one of the fiercest war of attrition within Islam in northern Nigeria.

At the end of a marathon meeting at the Sultan Bello Mosque in Kaduna, representatives of the two feuding groups – the Kaduna and Jos factions – agreed to bury the hatchet and reunite “for the sake of Allah and interest of Islam.”

“Alhamdulillah we are now one and united,” the new National Administrative Chairman of the sect, Abdullahi Bala Lau,” told Premium Times with glee hours after the meeting. “Islam is facing a lot of challenges so there is need for us to unite so we can face the challenges as one strong entity.”

The Izalat sect was founded in 1978 and it grew so fast that it became one of the largest Islamic societies not only in Nigeria but also in the neighbouring countries of Chad, Niger and Cameroon.

But it soon descended into crisis and was split down the middle in 1991 following disagreement among members over leadership and finances. As hard as they tried, the society’s two leaders – Sheikh Ismaila Idris  (1936 – 2000) and Abubakar Gumi (1922 – 1992) – were not able to reconcile the factions until they passed away.

But the organization said a curtain was drawn an the ugly chapter in its history yesterday after the chief Imam of the National Mosque, Abuja, Musa Muhammad, presided over a reconciliation meeting which had each of the two factions represented by 11 members.

At the end of the meeting, the executive committees of the two factions were harmonized, with leadership positions shared equally between the two factions. The national chairmanship position went to Mr. Lau, from the Kaduna faction, with his deputy, being Ibrahim Azari of Jos.

Sani Yahya Jingir of the Jos faction was named chairman of the organisations’s Council of Ulamas. The Secretary General, Mohammed Kabir Gombe’s is from the Kaduna faction while his deputy, Adamu Abdullahi, is from Jos.

Representatives of the factions also agreed to work hard to win back the respect of the Muslim ummah all over the country and to ensure that the organization does not disintegrate again.

Premium Times learnt that the path to reconciliation began two weeks ago following the death of the former chairman of the Kaduna faction of the sect, Muhammadu Musa Mai Gwandu.

Mr. Lau said a delegation from the Jos faction came on a condolence visit to Kaduna and then mooted the idea of reconciliation.

“They said it was time we forgot the past and come together as one for the sake of Allah,” the new chairman explained last night.

“We all agreed that there was no reason for us to continue to bicker. So, we agreed to reconvene in two weeks to talk over our differences. We are all happy that we can now forge ahead as one united body.”

Izalat said on its website that the organization was formed to “propagate the words of Allah (Qur’an) and remove all innovations from Islam that were introduced into it by its enemies ranging from lies, innovations and confusions in different forms and colours so as to mislead the followers of Islam from the guided path in order to weaken Islam and the faith of its followers.”