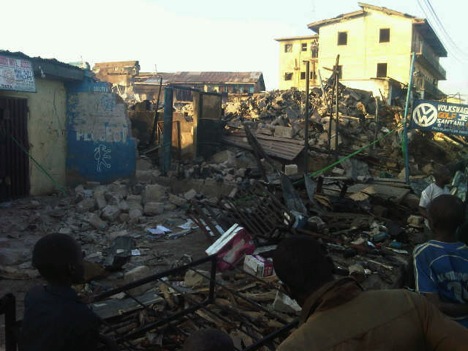 The police in Kaduna has confirmed that the explosion earlier reported occurred at a bomb factory in Mahuta area of Kaduna and that one person has been confirmed dead while four others  were critically injured.

Three of the injured have been taken to an unknown hospital by the police. The fourth fled the scene with his injury.

Spokesperson of the Kaduna State Police Command, Aminu Lawan, told Premium Times preliminary investigation indicated that the casualties were involved in the production of improvised explosive devices and that they might have mistakenly detonated one of the bombs they were manufacturing.

Mr. Aminu said, “At the moment we can confirm that one person lost his life  and there others with various degrees of injuries have been taken to the hospital.

“Another suspect has escaped but we also suspect that he was equally injured. We are therefore appealing to the members of the public to report to the nearest police station any person spotted with serious injuries resulting from burns.”

It would be recalled that this is the second time a bomb explosion is happening at that same location. The first took place shortly before the April general election.