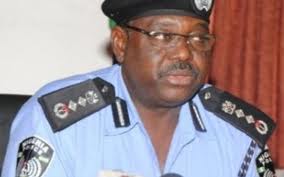 When asked why he joined the line of hajj pilgrims, Mr. Joseph said " I am a Nigerian, so I don't believe in discrimination, whether you are a Christian or Muslim"

The Supreme Court has ordered the execution of a policeman, Emmanuel Ochiba, who killed a passerby, Godwin Momoh,  along Tafawa Balewa street in Jos, Plateau State, on September 12, 2001.

Five justices of the court while dismissing the appeal filed by Mr Ochiba said that he had not shown any reason why his conviction for culpable homicide should be overturned.

Delivering the judgment, Justice Mary Peter-Odili, held that “there being nothing upon which I can upset what the court below did, I dismiss this appeal and uphold the decision of the court below’’.

Mr Ochiba had approached the apex court with a prayer to quash the June 29, 2010 decision of the Court of Appeal, Jos Division, that affirmed his conviction and sentence for offence of culpable homicide.

Justice Peter-Odili  recalled the facts of the charge against the appellant which arose from an event leading to the murder of Mr Momoh.

She said that the incident occurred when the deceased together with one Jonathan Mawiyau and Chukwudi Achi were walking to their homes at Langtang Street, Jos.

According to her, Mawiyau had testified at the trial court that he along with Mr Achi and the deceased were stopped by some policemen including the appellant.

The policemen ordered them to come and also instructed them to raise up their hands. The trigger-happy policeman was said to have collected a gun from one of the policemen close to him and shot Mr Momoh on the chest leading to his instant death.

Justice Peter-Odili stated that evidence was given to the effect that Mr Ochiba had entered a shop where he bought alcoholic drink which he drank in the presence of his fellow policemen.

The judge further said: “This court can only interfere with the concurrent findings of the two lower courts if the findings were perverse and that is not the case here.”

The trial high court in Jos presided over by Justice Yartaga Nimpar had convicted the appellant for the same offence on Nov. 9, 2005.

The appellant appealed unsuccessfully as that court dismissed the appeal and affirmed his conviction.

At the hearing, the appellant through his counsel, Mr Elisha Kurah, raised two issues as grounds of the appeal.

The apex court was left to determine whether the court of appeal was right in affirming the conviction and death sentence passed on the appellant by the trial court on the basis that the offence with which the appellant was charged was proved beyond reasonable doubt.

It was further urged to determine whether the failure by the prosecution to call other eye witnesses did not amount to withholding evidence.

The state, through its counsel also prayed the court to determine whether the identity of the appellant was established beyond reasonable doubt.

The state further urged the court to determine whether the conviction of the appellant could be said to be fatal for failure to call more than one eye-witness.

Mr Kurah contended that the law required the prosecution to prove beyond reasonable doubt that the death of a human being had actually taken place for a conviction and sentence of the appellant to stand.

He further argued that such death must be established to have been caused by the accused person, adding that it must also be proved that the accused intended to cause the death.

Mr Kurah held that the trial court failed to establish all the ingredients necessary to do justice to the case, adding that the prosecution relied heavily on evidence from one witness in respect to the identity of the culprit.

He also argued that the evidence of the prosecution witness was far from been positive as to who shot and killed the deceased.

Mr Edward Pwajok, the prosecution counsel, said that the witness clearly saw the appellant with other policemen who entered a liquor shop to buy alcohol for consumption.

Mr Kura stated that the appellate court must discard the submission made by the counsel to the appellants, saying that there was nothing to suggest at the trial that the observation of the witness was impaired in any way.