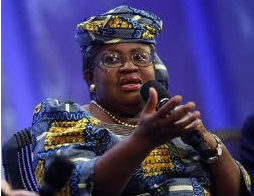 The federal, state and local governments today shared about N612.077billion during the monthly meeting of the Federation Accounts Allocation Committee (FAAC) for the month of November.

The meeting presided over by the FAAC Chairman and Minister of State for Finance, Yerima Ngama, was also attended by the Accountant General of the Federation (AGF), Jonah Otunla, as well as the commissioners of finance from the 36 states.

Mr Ngama told reporters at the end of the meeting that members resolved to embrace the internationally accepted private sector accounting standards in their operations at the state and local governments as well as reviewed the FAAC secretariat accounts for the outgoing year and the budget for next year.

A summary of the allocations, according to the AGF, shows total distributable statutory revenue for the month as N410.56billion, while earnings from value added tax (VAT) stood at N50.223billion and N143.677billion proposed as augmentation to the budget to make up for the shortfall between the budgeted benchmark oil price and the actual earnings from the prevailing oil price at the international market.

Other components of the revenue also distributed included the sum of N7.617billion, being the second of 32 installments of the refund of the controversial N450billion unremitted funds by the Nigerian National Petroleum Corporation (NNPC) as well as exchange gain of N9.11billion, being the difference between the average prevailing exchange rate and the budgeted rate.

The AGF, who gave N723.139billion as gross revenue received for the month, said the amount was lower by N65.407billion than the N788.546billion received the previous month, attributing the drop to a decline in oil production capacity and lifting as a result of the maintenance work at both the Qua Iboe and Forcados oil terminals in Akwa Ibom and Delta States respectively.

Further details showed a drop in the statutory revenue allocation by N29.912billion, or 6.79 percent, when compared to the figure in October, while overall distributable revenue of N612.077billion was about N1.016billion, or 0.16 percent, higher than the corresponding figure for the month of October.

A breakdown of the allocation to the different tiers of government showed the Federal Government taking home N194.132billion, or 52.68 percent; states N98.467billion, or 26.72 percent and local governments N75.914billion, or 20.6 percent, while N42.048billion went to the nine oil producing states of the Niger Delta as 13 percent derivation revenue from oil mineral resources.

The sum of N236.736billion for petroleum profit tax (PPT) and royalty was transferred to the excess crude oil account.

A breakdown of the distribution of the VAT revenue gave the Federal Government N7.534billion, or 15 percent; states N25.112 percent, or 50 percent and local governments N17.578billion, or 35 percent.