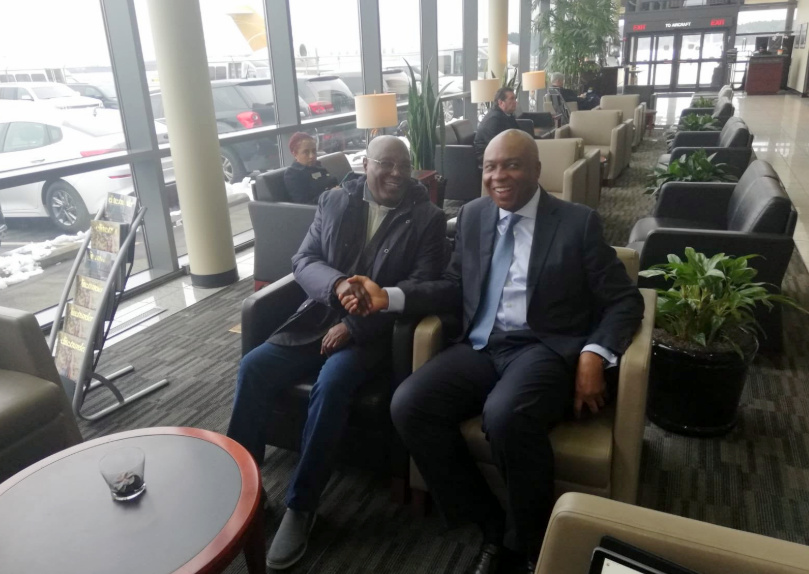 Atiku Abubakar, the presidential candidate of the Peoples Democratic Party (PDP), will arrive the United States any moment from now, crossing one of the most serious political hurdles on his path ahead of the upcoming general elections.

Mr Abubakar, sources said, left Nigeria early today, and is expected to land in Washington D.C., the American capital, ending a 12-year deprivation of visa to a country in which he once lived and owned properties.

Campaign sources told PREMIUM TIMES Thursday evening that Mr Abubakar would be speaking at a forum by the American Chamber of Commerce in Washington D.C. and attend other meetings aimed at boosting his presidential election standing.

Mr Abubakar’s arrival in the U.S. may rattle the ruling All Progressives Congress, which has taunted him for his inability to enter the U.S. for over a decade.

Mr Abubakar has not visited the U.S. since 2007 when he left as Nigeria’s vice-president. He served under former President Olusegun Obasanjo.

Mr Obasanjo accused Mr Abubakar of fraud while in office, and he was also linked to corruption charges filed in the U.S. The politician denied all allegations of wrongdoing.

For the over 12 years that Mr Abubakar was unable to visit the U.S. American authorities had declined to issue him entry visa and there were speculation that a secret indictment had been entered against him by that country’s authorities.

Mr Abubakar’s visa appears to have come through the intervention of Mr Obasanjo, with whom he recently settled decade-old dispute ahead of the 2019 elections.

Mr Obasanjo wants President Muhammadu Buhari out of office, after accusing him of displaying incompetence in the face of myriads issues confronting the country.

Party insiders told PREMIUM TIMES U.S. authorities made it clear that Mr Abubakar was issued visa without preconditions, meaning he would not be detained or harrassed in any way if he entered the country.

The ruling APC warned the U.S. government against granting Mr Abubakar a visa, saying it could tip the outcome of the upcoming presidential elections.

Mr Abubakar, however, kept his cool, refusing to join issues with the opposition party, until today when he quietly entered the United States.