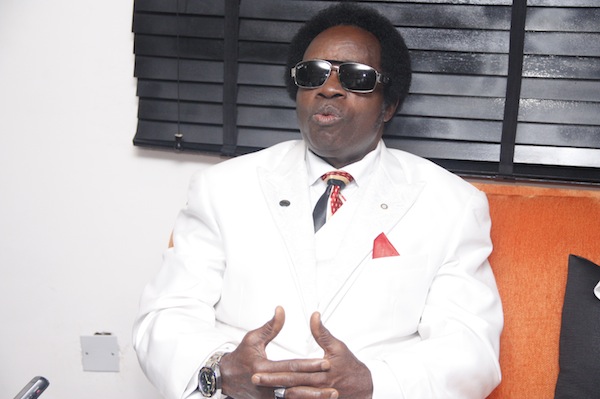 The initiative involves three members of the club, the ‘evil genius’ of Highlife, Victor Olaiya, saxophonist Orlando Julius and Eppi Fanio having to record some of their hit songs with upcoming artists on Banwo’s Stingomania label.

Bambo Ademiluyi, one of the coordinators of the Highlife Allstars, gave more insight into the proposed relationship at the signing ceremony held at Stadium Hotel in Surulere, Lagos. Ademiluyi explained that the documents signed on the day are a tripartite agreement between the club, the three musicians and Stingomania. He added that the three successful artists will mentor the young artists and will work with them to re-produce some of their popular tracks.

The Highlife aficionado explained that the club was taking a cue from Ghana and South Africa where similar initiatives had been taken in the past. Ademiluyi disclosed that Hugh Masekela got older musicians in South Africa together to mentor young ones and that another Highlife great did same in Ghana.

Banwo, producer of the Dagrin biopic, ‘Ghetto Dreamz’ said he bought into the idea because he noted that Highlife, a popular music genre played back in the days by young people “didn’t reach back to inspire youth” and is no longer as popular as it used to be. The lawyer and former chief executive of Dove Media added that he didn’t want his artists to only remix the songs hence the decision to let the Highlife veterans have a hand in how it is reproduced.

Doing so, he noted, “Will rub off on the younger ones to rejuvenate Highlife and make it attractive to the young, not only the old.”

Banwo explained that the partners had settled for the name ‘Icons Metamorphosis’ because it will be the same songs being presented in a new form.

“We don’t celebrate the legends enough so this will shed more light into their lives and achievements. We are also reproducing some of these old classics with a modern feel with the permission of the owners. We don’t expect it to be the same song but it will be with a modern feel,” he added.

Banwo disclosed that a mega tour titled ‘Salute to the Legends’ will be organised after an album emerges from the project. An annual lecture where old musicians will talk about trends in Nigerian music is also part of the agreement.

“There will be intellectual and artistic debates on the direction of Nigerian music,” Banwo said.

On the subject of working with some of the Highlife legends who might be averse to sequencing and other forms of digital production, Banwo said, “I don’t expect it to be easy artistically but we will try to find a balance. If there are irreconcilable differences, we will know how to go about it when we get there.”

One of the trustees of the Highlife Allstars Club, culture patriarch Segun Olusola, endorsed the initiative. He elicited laughter from the audience when he disclosed that he might be an accompanying vocalist to Fatai Rolling Dollar whenever he is signed up. He ended his address with ‘Tisa Jowo’, the signature song of ‘Village Headmaster’ he used to produce.

How Tiwa Savage fell for music