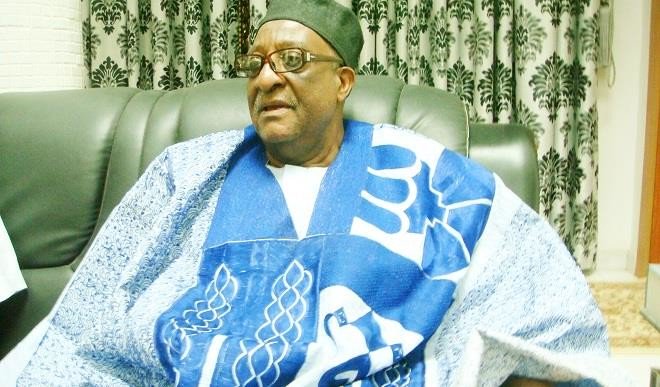 In a bid to avert possible crisis after its presidential primaries, the chairman of the People’s Democratic Party (PDP) Board of Trustees (BOT), Walid Jibrin has stated that the BOT is looking at the possibility of pruning the number of its presidential aspirants.

Mr Jibrin stated this in Abuja on Thursday after a meeting with members of the BOT.

The PDP so far has 13 aspirants seeking to fly the presidential ticket of the party.

Speaking to journalists shortly after the meeting, Mr Jibrin said while working on pruning numbers of presidential aspirants, the party will however not force anyone out of the race.

“The BoT deliberated on the current situation in the party. We also discussed about the number of our presidential aspirants,” he said.

“We are recommending that we have to manage the situation very well so that it does not lead to crisis. The presidential aspirants are 13. We are trying our best to ensure that the number is reduced.

“But we are not forcing anybody. More consultations are ongoing among the elders. We are going to bring out a committee that will be best for Nigerians.

“We are forming a committee to meet with the aspirants. After that, we will decide on what to do. We have decided to form a special committee to advise the National Working Committee.”

The BOT chairman added that its members have been barred from taking sides or campaigning for any aspirant.

“If we are really the conscience of the party, we should not move about with aspirants. That was what happened during the last national convention when we elected the national chairman.

“Some of us went and pitch camp with aspirants, taking them all over the place. This time, we will not allow that to happen.

“Anyone of us who move about with any aspirant should resign from the BoT. We are the one that will settle the complaint.

“But if we are involved it will not be fair. So we have told the members not to campaign with the aspirants; we are also the delegates.”

28 arraigned for allegedly burning of police station in Iwo