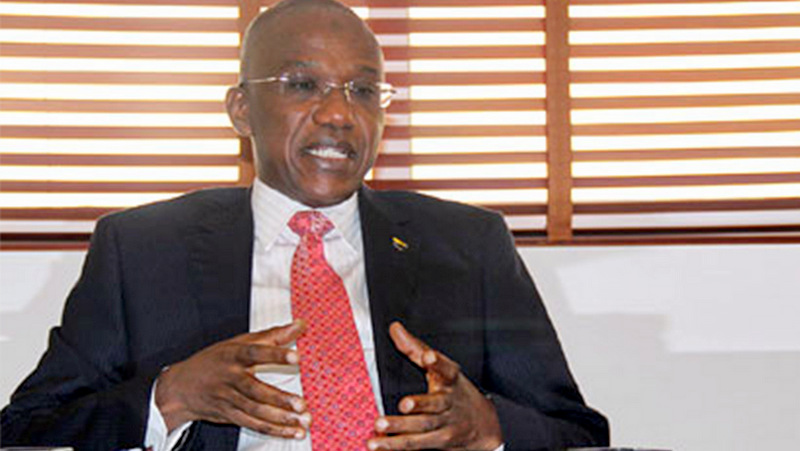 Six commercial banks have made payments totaling N155.45 billion into the sinking fund of Asset Management Corporation of Nigeria (AMCON) within three years, the News Agency of Nigeria (NAN), reports.

NAN reports that Access Bank, GTBank, United Bank for Africa (UBA), Fidelity Bank, FCMB Group and Sterling Bank made the payments between 2015 and 2017.

NAN reports that the Central Bank of Nigeria (CBN), on January 1, 2011, signed an agreement with banks operating in the country to establish the AMCON sinking fund.

The agreement required the CBN to contribute N50 billion and the banks an equivalent of 0.3 per cent of their total assets as at the date of their audited financial statements, annually for ten years.

However, the contribution, a non-refundable levy on all banks in Nigeria, was increased to 0.5 per cent in 2013.

The fund does not represent any ownership interest, neither does it confer any rights or obligations (save to pay the levy) on the contributor.

The money from the fund is used to purchase federal government securities and the returns from the investment is redistributed among the contributing banks.

The sinking fund has, however, attracted opposition from shareholders of many banks who have called on the federal government to scrap it to enhance shareholders return.

Mr Okezie told NAN that shareholders had been shortchanged by the corporation, and that the contributions to the sinking fund would have translated to huge dividend to banks’ shareholders.

He said shareholders would resort to court action if government elongated the lifespan of AMCON.

“If governement dares us and elongates the lifespan of the corporation, we will go to court to challenge the decision when the time comes,” Okezie said.

Also, Moses Igbrude, Publicity Secretary, Independent Shareholders Association of Nigeria, said AMCON was an emergency toxic vehicle established by the government through the CBN and stakeholders then to save the situation at hand.

Mr Igbrude said the government needed to evaluate the performance of AMCON to ascertain if it met the expected set goals.

He noted that the corporation’s objective was to buy banks’ toxic assets to stabilise and to avoid the collapse of the financial sector.

According to him, the corporation’s focus now should be how to evaluate and give account of what it has done and wind down and not to seek extension.

“They should give account of the 0.05 per cent of the assets of banks they have been collecting.

“If you compute the total of that contribution, it is running into over one trillion naira now.

“This is what shareholders are paying to AMCON, not minding all the assets they bought very cheap from the banks. What have they done with the money?” Igbrude asked.

Uche Uwaleke, Head of Banking and Finance Department, Nasarawa State University Keffi, told NAN that all over the world, asset management companies were crisis resolution vehicles with clear mandates and a clause that defines their terminal dates.

Mr Uwaleke, a professor, called for a review of the the operations of AMCON with a view to ascertaining its continued relevance to the country’s financial system.

He urged the government to examine the extent to which the corporation had helped to curb non-performing loans in the banking sector.

“Studies have shown that if an asset management company is in operation for more than 15 years, it begins to create moral hazard and lose its relevance.

“Against this backdrop, I think AMCON should commence the process of winding down,” Uwaleke said.

However, Sheriffdeen Tella of the department of Economics, Olabisi Onabanjo University Ago-Iwoye, Ogun is of the opinion that the problems that necessitated AMCON are yet to be fully resolved and it should be given more time to wind down.

“There is no need for the institution to wind down prematurely, else the need to resurrect it or bring up another body for the same job might be inevitable,” Tella said.

He said the issue of unnecessary levy could be resolved by the intervention of the Chartered Institute of Bankers of Nigeria, the apex bank and AMCON.

“The banks too have to look into the charges they subject their customers to; customers are charged all sort of levies including sending messages on festivals which is CSR and card maintenance which is kept safely by customers,” he said.

Ahmed Kuru, AMCON’s Chief Executive, said recently that with the recession, the rate at which banks’ assets were growing had reduced, affecting their contributions to the sinking fund.

Mr Kuru said if banks’ debt to the CBN were not fully repaid before 2023 when the corporation is expected to wind down, they would continue to pay into the fund which will then be transferred to the CBN.

Mr Kuru had noted that banks’ contributions to the sinking fund in recent years had been low, hence AMCON and had not been able to pay its own contribution out of its debt nor to pay the interest.

He said the contribution was based of a growth rate projection of 20 per cent, whereas the growth rate of commercial banks’ total assets in recent years had fallen below 10 per cent year-on-year.

“We collect an average of N120 billion, N130 billion which is not enough to service 50 per cent of our interest on the debt because our interest obligation is around N259 billion every year,” Kuru said.