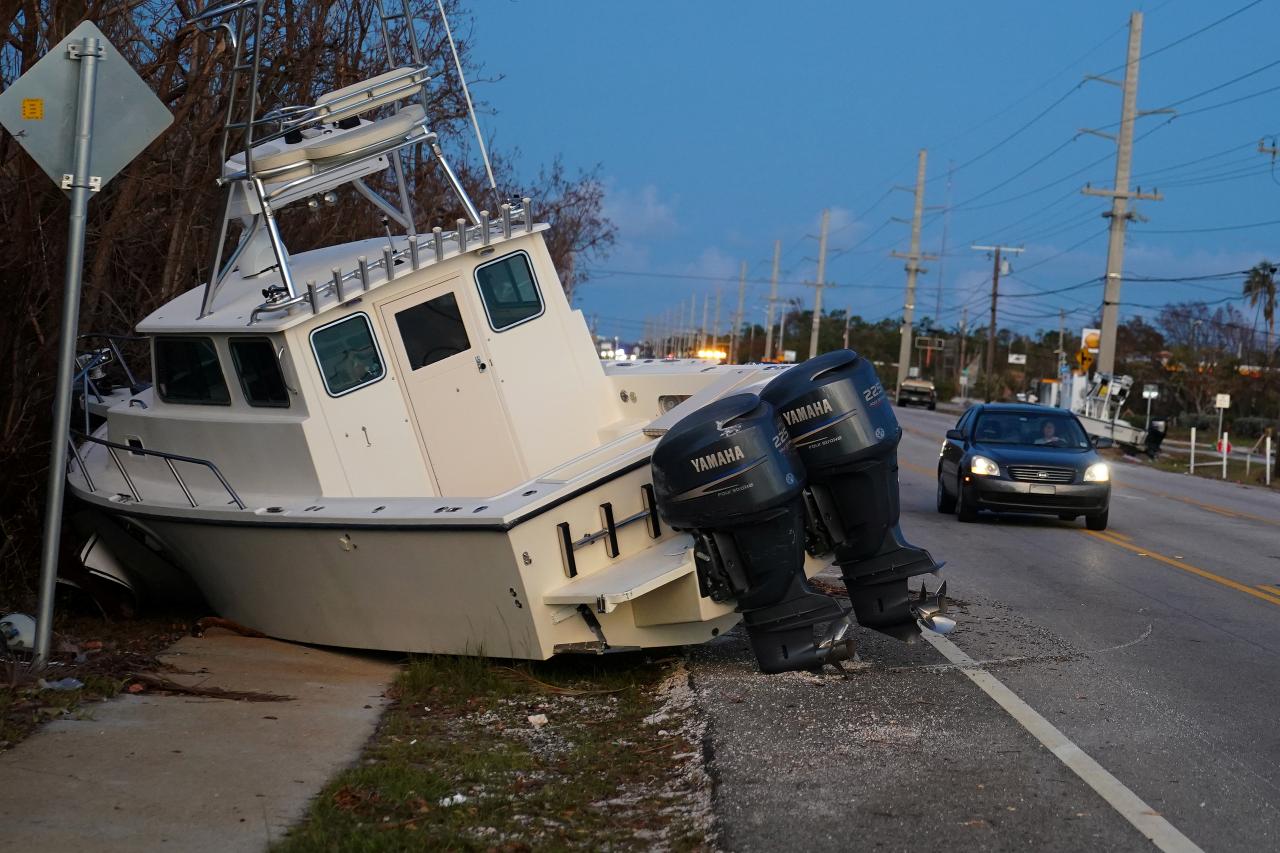 Hurricane Irma has caused a total of 82 deaths leaving 1.5 million homes and businesses in Florida without power in scorching heat, five days after the storm ravaged the South-east of the United States.

A Reuters report showed that NextEra Energy Inc’s, NEE.N, FPL, Florida’s biggest electric company, Friday, said about 1.1 million customers had no power, while Duke Energy Corp (DUK.N) reported that more than 371,000 customers were in the dark and Tampa Electric, a unit of Emera Inc (EMA.TO), reported about 39,000 were without power.

Ranked as one of the most powerful Atlantic storms on record, Hurricane Irma hit the U.S. mainland as a Category 4 hurricane on Sunday.

Aside the deaths, the storm hit hard the Caribbean islands, including Puerto Rico and the U.S. Virgin Islands, accounting for more than half the fatalities.

Reports have shown that at least 32 deaths have been reported in Florida and seven more combined in Georgia and South Carolina. The death toll includes eight elderly patients who died after being exposed to scorching heat inside a Miami-area nursing home left with little or no air conditioning after the hurricane struck.

The deaths at the Rehabilitation Center at Hollywood Hills stirred outrage at what many saw as a preventable tragedy, and heightened concerns about the vulnerability of the state’s large elderly population amid widespread, lingering power outages.

Police obtained a search warrant on Thursday in their criminal investigation into the deaths while Florida’s healthcare agency ordered a Miami-area nursing home suspended from the state Medicaid program.

High temperatures were forecast to reach the upper 80s Fahrenheit (low 30s Celsius) in Florida’s two biggest cities, Jacksonville and Miami, and the mid-80s F (around 30 C) in Atlanta over the next week or so, according to meteorologists at AccuWeather.

FPL, which serves nearly five million homes and businesses, said it expects to restore power to essentially all its users, in the eastern portion of Florida, by the end of the weekend and the harder-hit western portion of the state by Sept. 22.

Duke Energy Corp, which serves the northern and central parts of Florida, said on its website it expects to restore service to most customers by midnight Sept. 17.

Irma rampaged through the Caribbean, devastating several islands and raking the northern shore of Cuba last week before barreling into the Florida Keys island chain on Sunday with sustained winds of up to 130 miles per hour (215 km/h)

An estimated 20 per cent of Florida’s gas stations had no fuel on Thursday, down from a peak of 46 percent, according to fuel information service Gas Buddy.

U.S. President Donald Trump visited Gulf Coast Florida communities recovering from the hurricane on Thursday, praising first-responders for their role in limiting the loss of life.