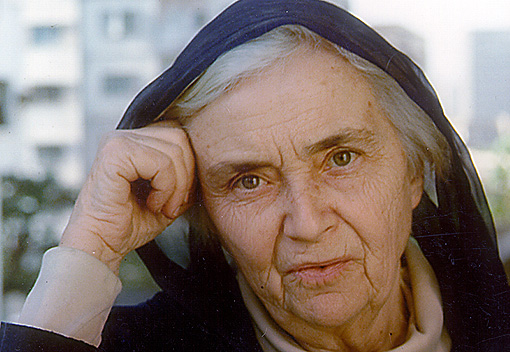 Pakistan to give state funeral to German nun behind ending leprosy

A German nun, Ruth Pfau, who helped Pakistan eradicate leprosy and who died on Thursday aged 87 in the southern city of Karachi, is to receive a rare state funeral.

Pfau breathed her last at a hospital affiliated with her Marie Adelaide Leprosy Centre, said Salwa Zainab, a spokeswoman for the charity.

Prime Minister Shahid Abbasi announced his government would give Pfau a state funeral to honour her for “selfless and unmatched” services to Pakistan.

State funerals are usually only given to soldiers who are killed in war and heads of state or government.

The funeral was scheduled for Aug. 19 in Karachi, said Shariq Zaman, a spokesman for Pfau’s charity.

The spokesman said Pfau moved to Pakistan in 1960 and devoted her life to treating leprosy patients across the country.

She spent the rest of her life in Pakistan and established 157 centres to treat people infected with leprosy and more lately with tuberculosis.

It was because of her efforts that the WHO declared Pakistan one of the first countries in Asia to be free from leprosy.

Pfau served as an adviser to the Pakistani government for the eradication of leprosy between 1975 and 1980.

Her contributions were acknowledged through some of the country’s highest civilian awards in the 1980s and 1990s.(dpa/NAN)