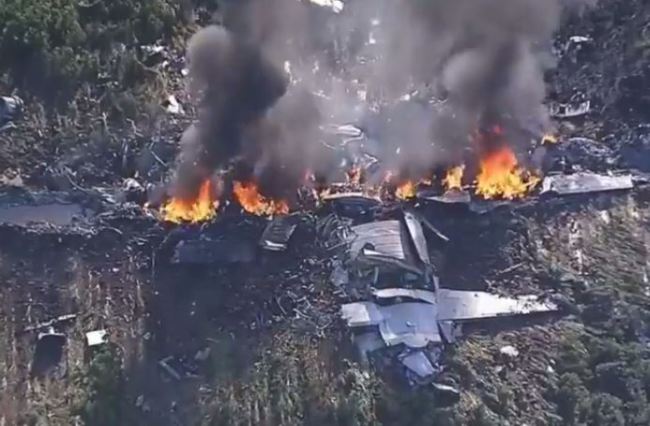 Authorities say all 16 people on board a U.S. Marines plane that crashed in Mississippi late Monday were killed.

Local Sheriff Ricky Banks, who confirmed this on Tuesday, said: “most of them are gonna be Marines.”

Banks did not confirm if there were civilians on board.

Also confirming the incident, Lee Smithson, Director of the Mississippi Emergency Management Agency, said the plane crashed in a soybean field in a Leflore County.

Smithson said the marines would only confirm that a “mishap” had occurred late Monday.

“Further information will be released as available,” it wrote on Twitter.

Dramatic footage from broadcaster “WLBT” showed a large plane on fire in the middle of a field of crops, with smoke billowing up.

According to officials, debris from the plane was strewn over a radius of eight km.

The reason for the crash was not immediately clear nor were there any further details about where the plane had come from or where it was flying to.

The Marines said the plane involved was a “USMC KC-130”, which is typically used for refuelling.