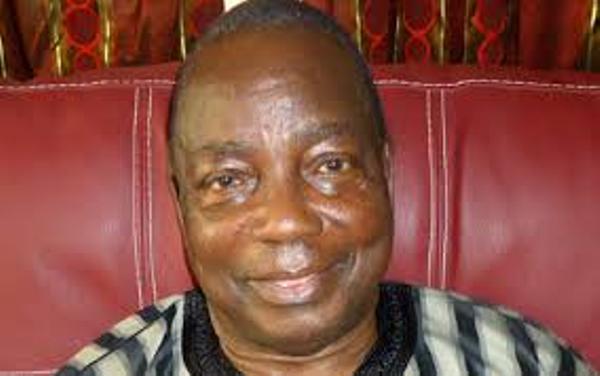 A former Military Governor of the old Bendel State, Samuel Osaigbovo Ogbemudia, is dead, the News Agency of Nigeria is reporting. He was 84.

A family member, who requested not to be named, also confirmed the passage of the politician to a PREMIUM TIMES reporter in Benin, the Edo State capital.

“He died last night at a private hospital in Lagos,” our correspondent quoted the family member as saying.

“I spoke to his son, and he confirmed the development to me,” said the official who asked not to be named.”He said the family would be meeting today to decide on his interment.”

Sam Ogbemudia (Junior) later confirmed the death of his father to the News Agency of Nigeria.

He said he would miss everything about his father.

He said his father taught him almost everything in life from childhood to adult.

“I learnt so much from him. He was a wonderful man. I will miss everything about him; both his biological children and non biological ones.”

Meanwhile, Elizabeth Ativie, Deputy Speaker of Edo House of Assembly, has described the late Mr. Ogbemudia as a detrabalised Nigerian.

Ms. Ativie told NAN that Mr. Ogbemudia’s transition was a sad loss to the nation.

She described Mr. Ogbemudia as an elder statesman and an apostle of democracy who maintained a firm belief in the rule of law and fair play.

“The news was shocking; we have lost a leader and bridge builder. He has contributed a lot to sustain democracy and the development of the nation.

“He is a good adviser. No matter the issue you take to him, you are sure that you will get good advice from him,” she said.

According to her, the power of life and death are the in the hands of God. We have to accept it as the will of God.

“I condole with the family and pray God grants them the fortitude to bear the loss. We will miss his fatherly advice and we have a lot to learn from him,” Ativie added.

A national leader and chieftain of the All Progressives Congress (APC), Gentleman Amegor, also described Mr. Ogbemudia’s exit as a painful loss.

Mr. Amegor, who described the late statesman as his surrogate father, said, “I am consoled with the fact that the late Ogbemudia lived a good life.

“He was my surrogate father and I will really miss him dearly . He was everything to his children and others who were not his biological children.

“We are consoled with the fact that he represented everything good to humanity.”

Mr. Ogbemudia, born September 17, 1932, was an officer of the Nigerian Army and military administrator of the defunct Mid Western State between 1967 and 1975.

That state was later renamed Bendel State, but has since been broken into the present Delta and Edo States.

After his military career, Mr. Ogbemudia was, in 1983, elected civilian governor of the old Bendel State, but his tenure was cut short by the military coup of December 1983, led by current President Muhammadu Buhari.

He was until his death a chieftain of Nigeria’s leading opposition party, the Peoples Democratic Party (PDP).

You can the Wikipedia entry for Mr. Ogbemudia HERE.