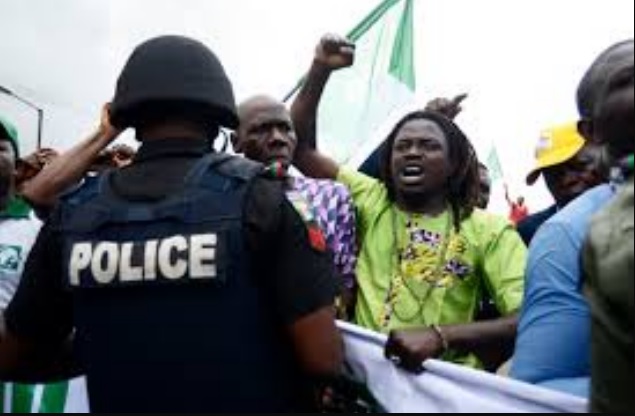 Government rhetoric about security sector reform and improving accountability for rights abuses has yet to translate into concrete action, Human Rights Watch said a statement.

In the southeast, police killed at least 40 pro-Biafra members of the separatist Indigenous Peoples of Biafra (IPOB) during protests and processions in February and May 2016. No security agent has been prosecuted for the killings. In December 2015, soldiers killed 347 members of a Shia Muslim minority group, allegedly for blocking the army chief’s motorcade in Zaria, Kaduna state. Scores more had died when bans placed on the group by governments of Kaduna and four other northern states triggered days of mob and police violence in October and November 2016.

“People shouldn’t be killed for taking part in peaceful protests and processions,” said Mausi Segun, senior Nigeria researcher at Human Rights Watch. “The use of extreme force by government forces appears to be fueling the transformation of non-violent activities into bloody clashes.”

Nigeria is plagued by serious human rights problems on many fronts. Government inaction against those responsible for violent communal clashes between pastoralists and sedentary farmers has fueled a decade-long cycle of reprisal killings.

As the seven-year Boko Haram conflict wanes in intensity in the northeast, a near-catastrophic food shortage is affecting many of the 2.5 million displaced people. Severe restrictions on their movement have affected access to basic livelihoods, health, education, and protection from sexual abuse.

The now fractured Boko Haram holds hundreds of people, including 197 Chibok schoolgirls and more than 300 school children from Damasak, Borno State. Contrary to government claims, the conflict is not over. More than 550 civilians died in 2016 during suicide bomber attacks, and fighting across the region.

A resurgence of militancy in the Niger Delta, Nigeria’s economic powerhouse, has been met by harsh sweeping security measures against communities perceived as harboring militants. Soldiers allegedly destroyed homes and businesses in three Bayelsa state communities during a search for members of the militant Niger Delta Avengers group.

Nigeria has shown a commitment to justice by maintaining support for the International Criminal Court, and successfully co-sponsored a UN resolution on internet rights. However, Nigeria’s votes at the UN on measures to protect human rights defenders and activists showed the same lack of support at the national level. A bill for a regulatory body for non-governmental organizations before the national House of Representatives portends a trend toward stifling Nigeria’s historically vibrant civil society.

“Nigeria’s leaders should focus on providing basic rights to their people who bear the brunt of the country’s economic downturn,” Ms. Segun said. “Attempts to shrink the space for people to hold government accountable are unhelpful and may be counter-productive.”

Buhari admits Boko Haram not defeated until Chibok girls, others are rescued