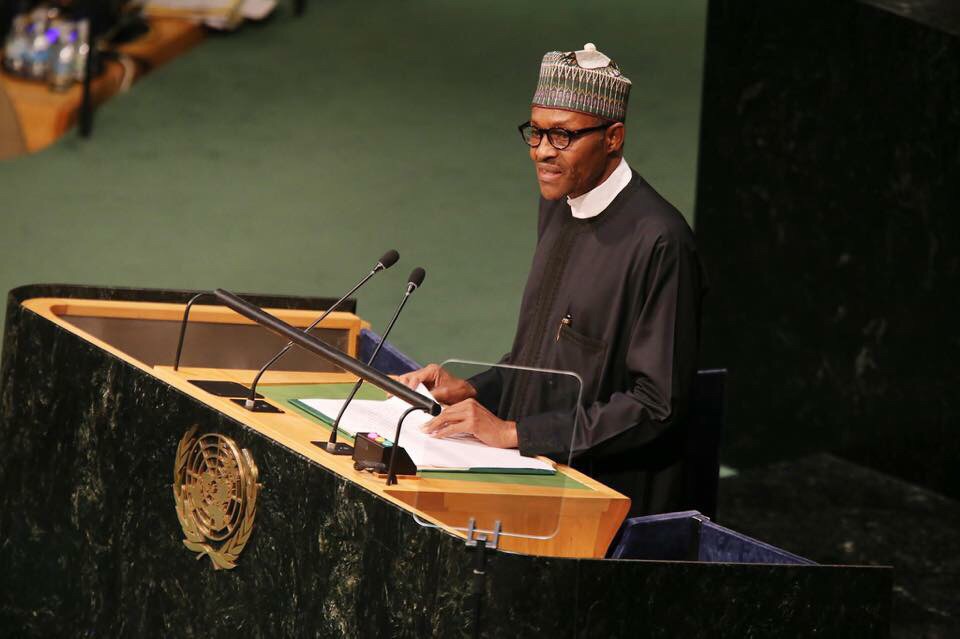 The presidency has insisted that the Nigerian delegation to the 70th United Nations General Assembly was not invited to a meeting where countries affected by the Boko Haram insurgency discussed how to tackle the refugee crisis caused by the conflict.

Reuters news agency had reported that United States and European Union diplomats were disappointed that Nigeria was not represented at the event called by UN under-secretary-general, Stephen O’Brien, which sought to find ways of solving the humanitarian crisis.

According to Mr. O’Brien, most of the 2.3 million people forced out of their homes by the continuing conflict were from Nigeria. He said a quarter of them have fled into neighbouring Cameroon, Niger and Chad.

The news of the absence of the Nigerian delegation at the meeting attracted condemnation back home with many blaming it on the failure of President Muhammadu Buhari to appoint ministers. They argued that a substantive Minister of Foreign Affairs would have ensured that the country was represented at the meeting where such an important issue was discussed.

In an email to PREMIUM TIMES, on Sunday, backed up with a list of events the President’s delegation was invited to participate in, the Senior Special Assistant to the President on Media and Publicity, Garba Shehu, insisted the presidency did not get an invite to attend the missed meeting.

“There is no record of any invitation to the Nigerian Mission as confirmed by the Permanent Representative, Prof Joy Ogwu,” he said.

According to the copy of the list received from Mr. Shehu, On Friday, September 25, the day the meeting was held, President Buhari, was billed to hold a high-level “Summit for the adoption of the Post-2015 Development Agenda” and was earmarked to address the summit at 3.00pm as the 20th speaker.

Although Mr Shehu described the meeting on Boko Haram as “a right step in the right direction”, he said it is not a high-level event because it was called by an Under-Secretary General.

“Only the Secretary-General can call high-level meetings,” Mr Shehu said.