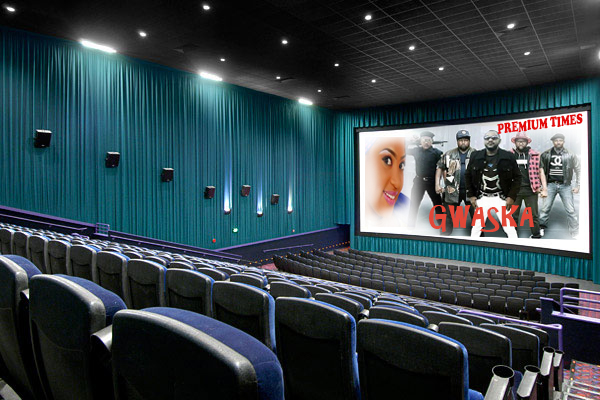 cinema used to illustrate the story

The devastating effect of piracy in the Kannywood, the Hausa film industry, has caused it ​to ​start viewing in the cinemas first.

Nigerian film makers including those in Kannywood lose millions of naira to piracy.

They attribute​ the influx of pirated movies in the markets to film marketers.

While producers run at a huge lost, marketers duplicate released movies and sell at their comfort and remit little to nothing to the producers.

Kannywood promoter and veteran, Hassana Dalhat, told PREMIUM TIMES that the only way the film maker can scale this huddle is by returning to the cinema system.

“The cinema system will surely reduce the effect of piracy to film makers. When you show the film only on cinema for some time at least one will be able to make good profit just as it is done in developed countries.”

“Although it was a wise decision, the fight against piracy most continue,” Mrs. Dalhat said.

Actress, Aisha Tsamiya, and film Producer, Falalu Dorayi, applauded the ​move​ and called on investors to establish more cinemas in major cities of the country.

“Like the one in Kano which is the only at the moment, it is wise that the cinemas are established in many more towns so that Kannywood movies will be viewed all over.

“If you cannot watch it in Kano for now, you have to wait two or three weeks until it get​s​ to the marketers, but the cinema idea is marvelous​,​” Mr. Tsamiya said.

Although many state in the North used to have cinemas, lack of maintenance and insecurity has crippled the business and cinemas do not exist again.

Dorayi, a film producer, also said, “There is no better way to deal with piracy than returning to the cinemas.

“Once we release a movie we allow it for some time in the cinemas just like it is done worldwide, then release it to the market. That will lessen the huge loss we do experience.

“We are showing one of Kannywood big budget movie ever produced (GWASKA) on the 14 of this month at the shoprite Cinema in Kano. Before now we will only send it to the market and before you know millions of copies are duplicated and sold by piracy,” Dorayi said.