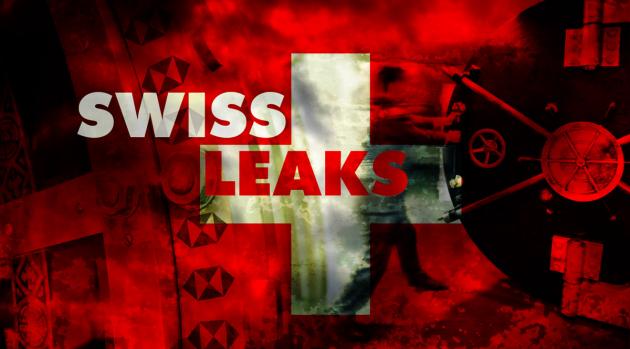 The Washington-based International Consortium of Investigative Journalists (ICIJ), Nigeria’s leading investigative newspaper, PREMIUM TIMES, the French Le Monde, The Guardian of U.K. and dozens of other media organisations from around the world were on Thursday honoured with a top prize at the Global Editor’s Network Data Journalism Awards for two groundbreaking investigations.

The Luxembourg Leaks and Swiss Leaks projects were jointly awarded ‘Investigation of the Year’ at a ceremony in Barcelona, Spain, as part of the GEN Summit.

The award recognizes investigations based on “data collection and analysis to disclose or spotlight a significant abuse of power or failure to uphold the public interest’.

Accepting the award on behalf of ICIJ and more than 200 reporters from dozens of countries and media partners involved in both these projects, ICIJ data and research editor, Mar Cabra, paid tribute to journalist Edouard Perrin and two whistleblowers who are now all facing charges in Luxembourg.

In the Luxembourg Leaks investigation, ICIJ and its partners used secret documents to report and expose the backroom deals that allowed more than 370 companies – including Disney, IKEA, Shire and Deutsche Bank – toavoid billions of euros in taxes on profits they channeled through Luxembourg.

The Swiss Leaks project was based on a trove of 60,000 leaked files that revealed how the Swiss branch of one of the world’s biggest banks, HSBC, profited from doing business with tax dodgers and criminals around the world.

While both investigations began with leaked documents, each required thousands of hours of data work to organize and structure the files and the information they contained in such a way that the combined team of more than 200 journalists could sort through and filter the information and find stories relevant to their own audiences.

ICIJ also produced interactive applications to allow the public to explore as much data as possible from each leak. The applications were published on dozens of partner websites, and formed the basis of further local reporting by media outlets around the world.

PREMIUM TIMES is the only Nigerian publication invited to participate in the Swiss Leaks investigation.

After months of pouring through the massive data, the paper produced a series of stories including one which exposed Africa’s richest man, Aliko Dangote, and other powerful Nigerians as being amongst thousands of individuals around the world who operated highly secretive foreign accounts with the Swiss branch of banking giant, HSB​C, concealing their identities for years and using codes perhaps to shake off tax authorities from accounts, some of which held illicit assets from criminals, traffickers, arms dealers and other outlaws.

Below are more articles published by PREMIUM TIMES as part of the investigation.

Commenting on the award Friday morning, PREMIUM TIMES’ managing editor, Musikilu Mojeed, said his staff and paper “felt honoured and privileged to be part of a group of intrepid and committed journalists and publications around the world holding the rich and powerful to account”.

“ICIJ has found in PREMIUM TIMES a worthy partner,” Mr. Mojeed said. “So far, we have worked together on three groundbreaking investigations and we are poised to do more in the months and years ahead.

“We are all excited here about this award and congratulate every reporter and media organisations sharing in the honour.”

PREMIUM TIMES is an independent Nigerian investigative newspaper reputed for exposing official corruption, human rights abuses and government inefficiency and the reign of impunity in the land.

The paper, which began publishing in late 2011, is known for offering the fastest breaking news and the deepest investigative reports about Nigeria.

PREMIUM TIMES has become the number one platform for investigative and multimedia journalism in Nigeria, reporting on issues routinely avoided by older media-particularly on corruption in high places.

It has broken some of the biggest anti-corruption stories in Nigeria in the past three years.

Explore the award-winning series and find out more about the data work involved here: