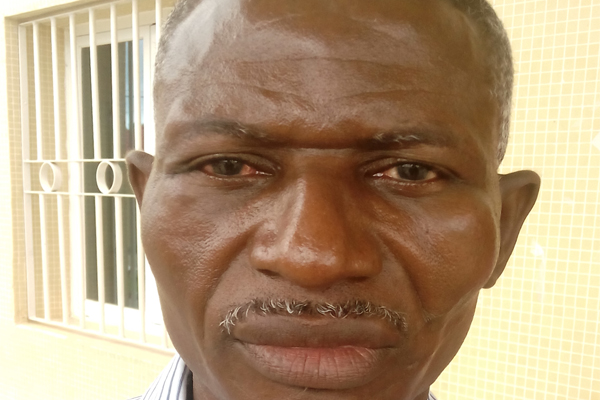 Mr. Ichaba, a vice-consul of Nigeria to Equatorial Guinea, was beaten to pulp at kilometre 6 Roundabout Bata police checkpoint.

The diplomat said he was at a traffic point around Cruce Ntobo roundabout on his way to Cinco market on Saturday when an Equatorial Guinea police officer stopped his taxi driver, speaking Spanish.

He said the police officer suddenly, in a high voice, also started speaking to him in Spanish.

Mr. Ichaba said he tried to explain to the officer that he could not understand Spanish and could speak English but this fell on deaf ears as the officers continued shouting until an occupant of the vehicle told him, “Documento! Documento!! Papers!!!”

He said it was at this point he brought out his diplomatic identity card issued by the country’s foreign ministry and showed it to the police officer.

“Instead of taking a look at my ID card, he snubbed it and spoke to the driver who in turn; demonstrated by the use of his hand that telling me to go down; to which I asked “why”? Adding that the Mercado Cino is my final destination,” Mr. Ichaba said.

He added that by this time the angry police officer had already opened the door of the vehicle demanding that he alight – intending for an arrest. 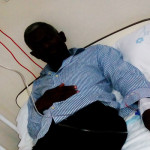 Mr. Ichaba said, “I asked, why are you arresting me? Then I went on to open my ID card to show him my photograph on it, telling him that I am a Nigerian and that this is a diplomatic card issued by Guinean government, instead, he snatched it from my hand, squeezed it and gave me a sudden slap on my face and pulled me out of the car.”

He said the police officer gave him blow using his head, hands and legs and only stopped when he noticed he was losing strength.

Luckily, following calls put through to the consulate’s office, he was taken to hospital where he was treated and discharged the same day.

Nigeria’s consulate in the country’s office in Bata, through a Note Verbale, said the Bata police officer’s action, irrespective of an identity card presented by Mr. Ichaba, was a disappointment.

The consulate, narrating the incident, said the Bata police, in a show for disregard for the diplomat, dragged him out of a taxi and physically assaulted him, causing him facial wounds.

It added that the attacks on Nigerians in the oil-rich country has obviously been extended to diplomats – a violation of diplomatic immunity accorded diplomats by the Vienna convention.

“The Consulate General of Nigeria wishes to express its outright dismay for the action of the policemen and demand an unreserved apology and the host authorities’ guarantee of its diplomat’s safety in the country,” the statement said.

Senate Presidency: We will not compromise merit – Tinubu