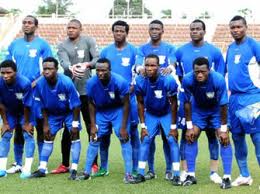 Giwa FC and Sunshine Stars were top on the list of ​”​high profile​”​ teams that have crashed out of 2015 Federation Cup after recording defeats in their Round of 64 outings on Wednesday.

Sunshine and Giwa are the top two teams on the Nigeria Premier League standings​,​ but their awesome League form could not be replicated in the Fed Cup where they were sent packing by lower League sides.

After a pulsating 2-2 stalemate in regulation time, Giwa bowed out to Kukuruku Dragons 4-5 on penalty kicks.

For Sunshine, the Akure Gunners were ousted 3-1 by Delta team J. Atete.

On their part, defending champions Enyimba had it smooth and simple as they walked-over Nasarawa Feeders in Oshogbo.

More shocks are still be​i​n​g​ expected as the second set of Round of 64 games take​s​ place across various centers in the country.

Below are the results of Federation Cup day-one matches: