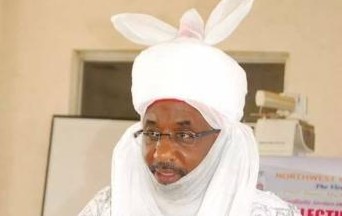 A former governor of the Central Bank of Nigeria (CBN), Lamido Sanusi, has reacted to the recent audit report by PricewaterhouseCoopers on the alleged missing $20 billion oil money, saying the report has confirmed in the first instance that at least $18.5 billion was indeed missing.

In an opinion article published by the Financial Times of London, Mr. Sanusi, who is now the Emir of Kano, said the argument that the outstanding amount was used by the NNPC for apparently unlawful purposes such as kerosene subsidy, does not dismiss the notion that the NNPC illegally withheld billions of oil dollars from the government.

“Contrary to the claims of petroleum minister Diezani Alison-Madueke, the audit report does not exonerate the NNPC. It establishes that the gap between the company’s oil revenues between January 2012 and July 2013 and cash remitted to the government for the same period was $18.5bn,” Mr. Sanusi said.

The former CBN governor said of the $18.5bn in revenues that the state oil company did not send to the government according to PwC, “about $12.5bn appears by my calculations to have been diverted”.

“And this relates only to a random 19-month period, not the five-year term of Mr Jonathan, the outgoing president,” he wrote.

As CBN governor, Mr. Sanusi had accused the NNPC of failing to pay about $20 billion in oil revenue to the government between 2012 and 2013.

The government denied any money was missing, even before an investigation. Mr. Sanusi was later fired by President Goodluck Jonathan.

On his suspension by the president, Mr. Sanusi said he had made it clear that “you can suspend a man, but you cannot suspend the truth”.

The publication of the PwC audit report into the missing billions, he said, has brought the nation a step closer to the truth.

He said the report has suggested lines for further investigation into the matter, and urged the Buhari government to follow the leads and ensure anyone found culpable is punished.

“Nigerians did not vote for an amnesty for anyone,” he said. “The lines of investigation suggested by this audit need to be pursued. Any officials found responsible for involvement in this apparent breach of trust must be charged.”

The former CBN governor said although PwC report concluded that a significant part of the unremitted funds were used to finance kerosene subsidy, such decision lacked presidential approval as former President Umaru Yar’Adua had stopped kerosene subsidy at the time.

In spite of the subsidy claims for which NNPC withheld $3.4 billion for the period, Mr. Sanusi said Nigerians were still made to pay an average of N120 and N140 per litre of kerosene, far more than the supposed subsidised price of N50.

“I have consistently held that this (subsidy of kerosene claim by NNPC) was a scam that violated the constitution and siphoned off money from the treasury,” the former CBN chief said.

On the transfer of oil assets belonging to the federation to the Nigerian Petroleum Development Company, the upstream petroleum industry subsidiary of the NNPC, Mr. Sanusi expressed regrets that his removal did not allow him conclude the investigation he was doing on that transaction.

He said although the NPDC paid about $100 million for the assets, from which it had extracted crude valued at $6.8 billion, it had only paid about $1.7 billion as tax and royalties for the period under review.