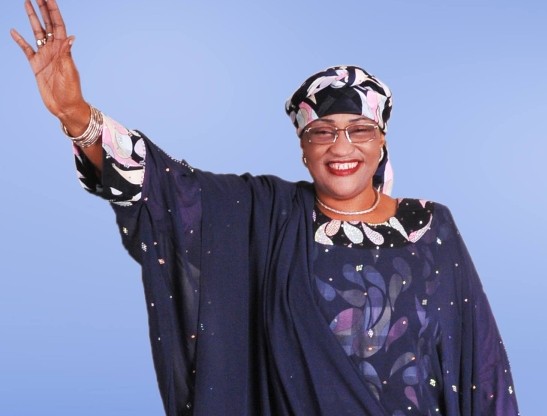 INEC Returning Officer for the election, Professor Muhammad Kariey, said there has to be a supplementary election because the total number of votes rejected and cancelled were more than the total votes with which the candidate of the Peoples Democratic Party, Darius Ishaku, led the runner-up, the All Progressives Congress’ Aisha Al-Hasan.

According to the returning officer the difference between the PDP and the APC is 54,881, while the rejected votes from some troubled areas are over 100, 000 votes.

He said a supplementary election must be held within 30 days.

The Taraba governorship election is one of the most keenly contested, and perhaps the most watched by Nigerians because one of the leading candidates is a woman.

Nigerians had expected that the election would yield the first female governor in Nigeria’s history.

But as results of the election from the local government areas trickled into the office of the Independent National Electoral Commission in Jalingo, the Taraba State capital, Ms. Al-Hasan, fondly known as Mama Taraba by supporters, at some points overtook her main challenger, Mr. Ishaku.

This triggered nationwide celebration by people who thought Ms. Al-Hasan was on her way to becoming the first female governor.

But after all votes in the election were collated, Ms. Al-Hasan trailed the PDP candidate by over 50,000 votes, but the electoral body declared the election inconclusive.

The Taraba governorship election is the second to be declared inconclusive.

On Sunday, INEC declared a similar election in Imo inconclusive, saying the number of cancelled votes (144,715) in relation to the margin of win (79,529) by the candidate of the All Progressives Congress, Rochas Okorocha, called for a supplementary election.

Mr. Okorocha was initially thought to have won the election after he garnered 385,671 votes compared to the 306,142 votes scored by the candidate of the Peoples Democratic Party, Emeka Ihedioha.

The APC candidate is ahead of Mr. Ihedioha by 79,529 votes, which is by far lower than the 144,715 votes cancelled by INEC as a result of irregularities in some wards.

INEC’s verdict on the Imo election is a repeat of what happened in the April 26, 2011 governorship election in the state.

A supplementary election was then fixed for May 6, 2011, which Mr. Okorocha, who ran then on the platform of the All Progressives Grand Alliance, went on to win.