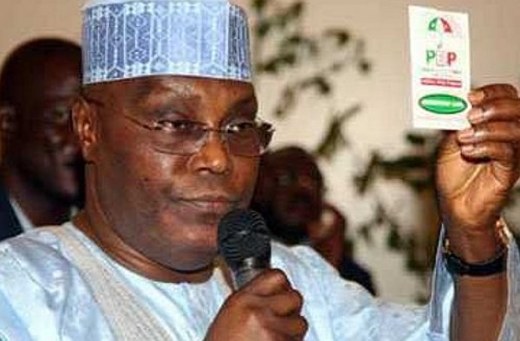 Danbatta was a gem of integrity – Atiku

Former Vice President Atiku Abubakar has described the death of Magaji Danbatta, a delegate to the just concluded National Conference, as one of the greatest losses the nation has experienced in its political history.

In a statement Thursday, the former Vice President said that Danbatta was one of the progressive politicians the North and Nigeria at large had ever produced.

According to him, Danbatta was a remarkable politician, who at 19 years of age co-founded the Northern Elements Progressive Union, NEPU, along with the late Aminu Kano during the First Republic.

He said the late Danbatta’s patriotism and broad-mindedness was always noticeable in the roles he played in his public career.

He recalled that as a journalist, the late Danbatta worked as the Hausa editor of the Comet newspaper, founded by the late nationalist, Nnamdi Azikiwe, before becoming the editor of the New Nigerian Newspaper during the First Republic.

The former Vice President also observed that Danbatta was the tallest remaining figure in Nigeria’s progressive politics of his generation, adding that he spent his entire life identifying with the aspirations of the ordinary people.

Atiku Abubakar also paid tribute to Danbatta’s integrity, adding “the deceased led a simple, fulfilled life, untainted by political opportunism of licking the boots of those in power for favours.”

He said these virtues are rare among our today’s politicians, explaining that the late Danbatta was a fountain of inspiration for selfless service to the people.

He prayed to God to grant the deceased a gentle rest in peace and reward his good deeds with paradise.