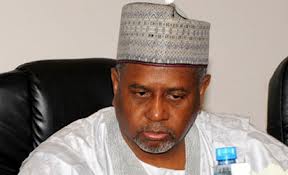 The office of the National Security Adviser, NSA, has denied allegations that it has been complacent since the outbreak of Ebola in Nigeria.

This is following reports in that the NSA did nothing to prevent the disease getting into Nigeria nor contributed in managing the situation since its outbreak in the country.

A document made available to PREMIUM TIMES showed that the NSA has since July 10 been meeting to proffer solutions on how to manage the Ebola crisis in the country.

The document, titled: Crisis management guidelines for pandemics- ebola disease, dated July 10, indicates that the NSA, as at the stated date, had done its risk analysis and had contingency plans for the disease.

The document states plans for the creation of joint coordination centre. It also shows that response plans and other ebola-management-contingencies had been mapped out and put in place to tackle the disease which presently has no cure.

An official in the office of the NSA, who spoke under anonymity as he was not officially mandated to speak to the press, said: “We had response plans on ground as at July 10th and we have been utilising these plans. We have also been utilising and reinforcing the crisis response we put in place.

“We had plans for the creation of joint coordination centre and reducing vulnerabilities, which we are doing. We have also been working with local and international media, communicating with stakeholders and managing information towards managing the health crisis in the country.”

Two people, including a Liberian-American, have died of Ebola in Nigeria while eight others have tested positive to the disease.