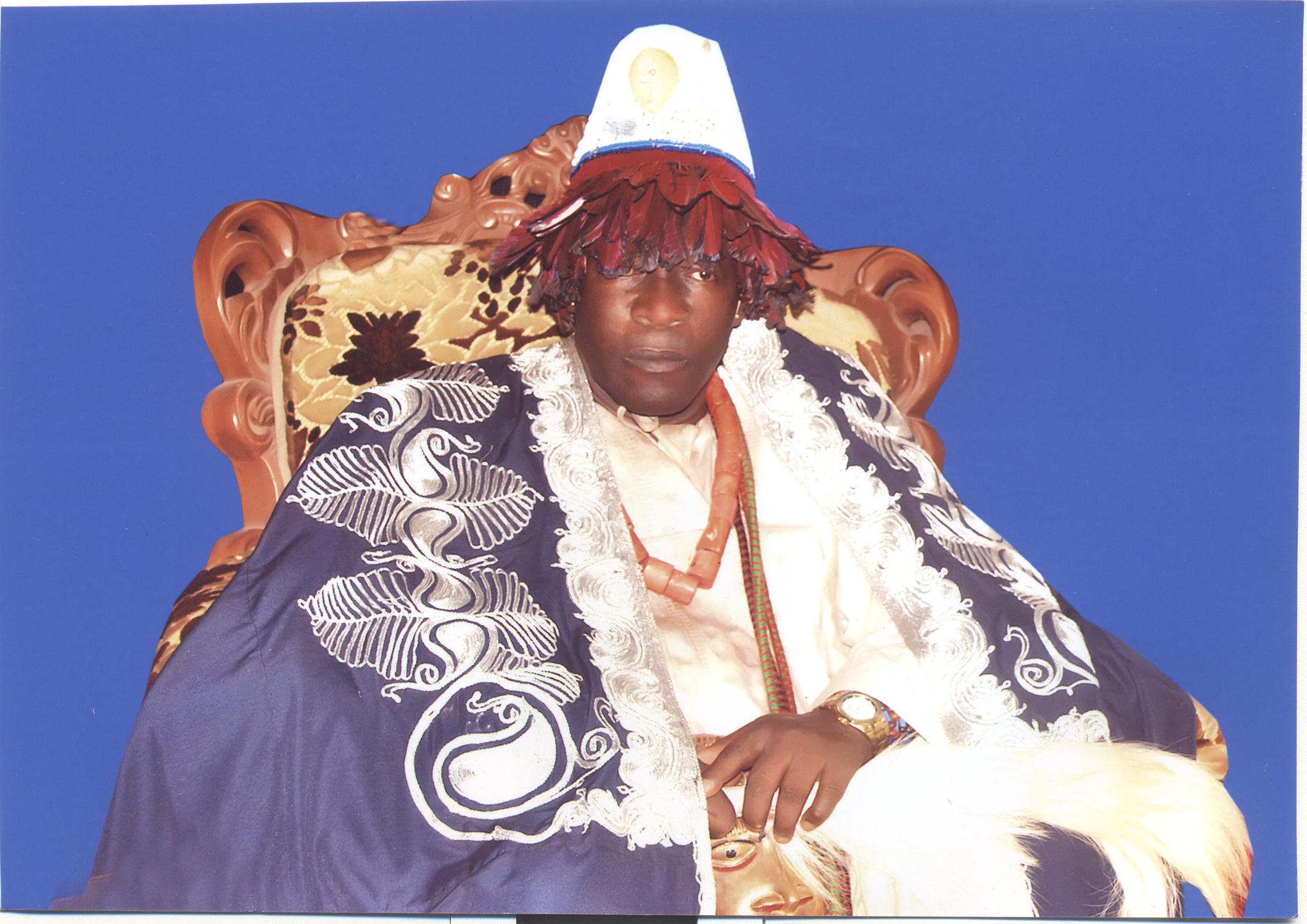 Faced with threat from a dreaded disease that has neither cure nor vaccine, panicking Nigerians are turning to salt water bath recommended by a Nigerian king.

Nigerians are scrambling for salt-water bath for protection from the deadly Ebola virus after a call from the ruler of the Igala Kingdom, the Attah of Igala, prescribing salt solution as a magical vaccine against the virus went viral.

But the Nigerian government has issued a statement warning that bathing with salted water is not a cure for the deadly Ebola Virus.

Local radio and TV stations in Kogi state quoted the monarch, the Attah of Igala, Idakwo Michael Ameh Oboni, late Thursday, as making the prescriptions from his palace in Idah, the traditional capital of Igalaland.

Mr. Oboni offered the purported prescription after the Nigerian government declared that the pandemic had become a national emergency.

The prescription, originally intended for people of the Igala Kingdom, quickly went viral on social media and text messaging platforms.

Relatives also exchanged telephone calls advising one another to bath with salt-water solution.

The salt solution bath remedy was reinforced after claims that a Catholic priest, Ejike Mbaka, also asked his followers to perform some religious rituals which included drinking salt water.

Salt and water are the major ingredients of the Holy Water used for a wide range of physical and spiritual purpose by Catholics.

The Igala king’s “magical prescription” was received with great enthusiasm by residents panicked by the spread of the virus around the West African subregion.

According to local report, the monarch prescribed that a pinch of salt be added to about 15 litres of water and used for a soapless bath.

One bath with the salt solution is all that is required, residents who admitted performing the ‘immunization’ ritual, told PREMIUM TIMES.

“We have nothing to lose with a salt water bath,” Attanasius Ameh, a resident of Idah in Kogi state said, justifying the ritual.

He argued that faced with a no-vaccine-no-cure situation, a simple salt solution bath as a potential vaccine was a chance shot at survival many were willing to take.

“I have done it,” Juliet Gimba, a resident of Lokoja said. “I put a pinch of salt in a bucket full of water and had my bath without soap. I bathed all my children with it too. There is no cure for Ebola. This is the best I can do to protect my family.”

There is no medical proof that salt water solution could prevent the transmission of Ebola.

The king did not also explain how he came about the prescription.

Nonetheless, many Nigerians who spoke to PREMIUM TIMES admitted they’ve had the saline bath.

An Abuja resident, Patience Enang, 36, told PREMIUM TIMES that her husband, a soldier, had called her by 5am, Friday morning, from Kaduna, asking her to bath their three children with the solution. She did.

Residents of Maiduguri, capital city of Borno state, defiled the tense security situation in the state to join in the ritual bath frenzy after text messages were circulated late Thursday night.

Many cut short their sleeps to carry out the ritual.

In Maiduguri, the vaccination had a twist. It was to be performed within a given period.

“Ebola has finally entered Maiduguri! To prevent ebola sickness use hot water to bathe before 4am. Ebola is real!” the text message, which sent residents scampering for the bath late in the night, read.

Some residents, who did not have salt in their homes, had to go knocking on the doors of their neighbours around 3.00 am, just to beat the ‘deadline’.

A different version of the Maiduguri ritual bath included instructions to recite some verses of the Quran, drink part of the salted water before bathing with the rest.

All these were to be done before 4a.m.

The Attah of Igala, Idakwo Michael Ameh Oboni, is believed to have mystical powers, inherited from his father, Attah Ameh Oboni, who is regarded – in the kingdom – to be as powerful as some unknown gods.

The elder Attah Oboni is revered for his stiff resistance of Britain during the colonial era, and the Sultanate, which tried to annex Igalaland as part of the largely muslim Sokoto caliphate.

The late king’s subjects also have fond memories of his struggles in protecting the ancient traditions of the Igalas, as well as asserting himself, in the face of pressures to substitute his influence in Igala Kingdom with colonial rule.

He reportedly fought with magical powers.

He is believed to have committed suicide in 1957 after he got intelligence the British colonial government planned to depose and exile him.

The Igalas are the dominant tribe in Kogi state, North-central Nigeria, with a population of about two million.

Kogi state sits on the Nigerian map as the main land link between south-east and south-south part of Nigeria to the capital, Abuja, and the rest of northern Nigeria.

Ebola is currently ravaging the West African region, with Liberia, Sierra Leone and Guinea worst hit in the outbreak that started back in February.

Nigeria was dragged into the mess late July after Patrick Sawyer, an American-Liberian touched down in the Lagos international airport with a fully manifested Ebola Virus disease.

Ebola is highly contagious. It is transmitted via contact with body fluids such as blood, saliva, semen or body discharges of infected persons.

Nigeria’s health ministry says a Nigerian nurse in the Lagos hospital where Mr. sawyer was treated also died of the disease.

Six others, who had primary contact with Mr. Sawyer, have been confirmed positive with the virus.

Ebola is a highly fatal virus, killing up to nine of every 10 victims. There is no known cure or vaccine for the disease and it is unknown why those who survive it make it alive.

But two Americans are currently recovering from the disease after they were administered with a test serum.

Medical experts, who spoke to PREMIUM TIMES say a salt water bath is not harmful to human body when used moderately.

But they warned that Ebola is better warded off by following simple self hygiene rules like washing hands, avoiding infected victims or bodies and avoiding bush meats.

But the Nigerian government has issued a statement warning that bathing with salted baths is not a cure for the deadly Ebola Virus.

Learn more about Ebola and how to protect yourself here: FACT1 and here FACT2