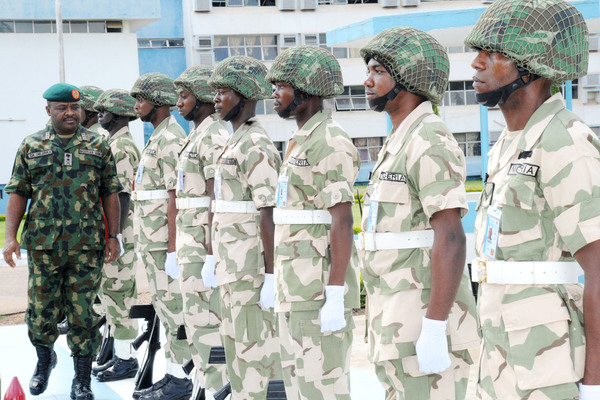 The special operation which began early in the week is meant to restore law and order to the area.

The Nigerian military said on Thursday that its ‘special forces’ were conducting counter-terrorism operations to dislodge the Boko Haram from major areas of Borno.

PREMIUM TIMES had reported how the Boko Haram in separate attacks took over communities in Damboa and Gwoza and mounted their flags.

In a statement on its website, the military said “Special Forces in the ongoing counter-terrorism campaign have cleared Delwa, Mustafari, Manga, Wanga and Damboa of terrorists who have been rampaging in the communities.

“The special operation which began early in the week is meant to restore law and order to the area and apprehend all terrorists who have been operating in the locality.

“The operation which has so far lasted 40 hours has dove-tailed into the mop up phase during which the remnants of insurgents are being cleared from the communities.”

The military said the “mop up phase will also ascertain the casualties as additional efforts are also been made to ensure the protection of innocent civilians during the operation.”

In its first official statement on the matter since the Boko Haram sacked some Gwoza communities early Wednesday morning and mounted their flags, the military said its troops were battling to dislodge the insurgents from Gwoza.

“Troops are also involved in manoeuvres to apprehend terrorists who have been attacking Gwoza and surrounding localities since Tuesday causing the death of many civilians,” it said.

Scores of people are believed to have been killed in Gwoza on Wednesday morning as the insurgents overran a military base and attacked the residents, chasing them to the top of the mountains surrounding the community.

The attacks on Borno communities by the Boko Haram have continued despite a state of emergency imposed on the state, as well as Adamawa and Yobe, since May last year.

AFCON 2015: Keshi to return as Super Eagles coach next week