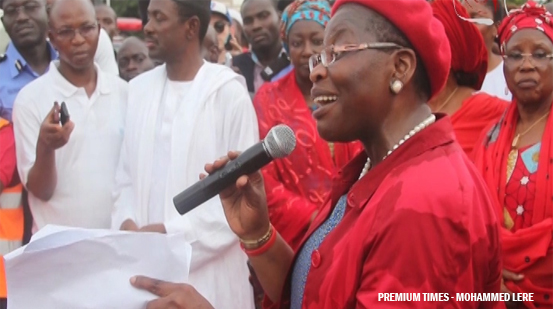 The group says Monday’s arrest of the former minister was unnecessary.

The Christian Association of Nigerian-Americans, CAN-AN, has criticised Nigerian security operatives over the arrest of former education minister, Obiageli Ezekwesili, at the Abuja airport Monday.

The body, on Tuesday, urged President Goodluck Jonathan to call state agents at the Nnamdi Azikiwe International Airport to order.

The Department of State Security, DSS, on Monday detained Mrs. Ezekwesili as she prepared to travel to the United Kingdom for a scheduled appearance on the broadcaster, BBC.

The arrest sparked an uproar on social media after Mrs. Ezekwesili’s tweeted about it.

The Executive Director of the Christian body, Laolu Akande, said the former minister’s detention was an unnecessary harassment.

Mrs. Ezekwesili is a trustee of the organization.

“We want to humbly and sincerely request the Nigerian Presidency to call to order those airport security officials involved in this unnecessary harassment of a patriotic Nigerian who has served both the nation and the world creditably as a public official,” Mr. Akande said.

Mr. Akande said it is trivial for the Nigerian government to “mischievously” focus on the former minister trying to indict her credibility.

“Effort to throw political tantrums and cast aspersion on her altruistic activism is a waste of government time and public resources. There is no offense in having a former federal minister defending and standing up for the very concept of democratic expression. It is indeed a welcome development for Nigeria’s nascent democracy,” he said.