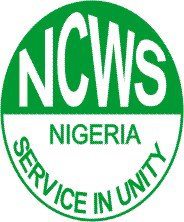 The women believe God will cause the release of the girls.

The National Council of Women Society [NCWS] on Sunday began a vigil, which will last for three nights, to pray for the release of the Chibok schoolgirls abducted 100 days ago.

The vigil is holding at the Unity Fountain, near the Transcorp Hilton Hotel, Abuja.
The NCWS Chairperson, Nkechi Mba, said Tuesday, July 22, would mark the 100th day since the schoolgirls were abducted.

“We are here with our Muslim sisters to support the effort of the Federal Government through prayers.

“It is going to be a three-day activities beginning from this night (Monday) to Wednesday.

“We also want to thank the Federal Government and Nigerians for all their efforts in this challenging period,” she said.

The leader of the Muslim women, Aisha Ringo, who is also the President of Abuja Widows, said they wanted to seek the face of God on the abducted Chibok girls.

“We are here to pray for the release of our Chibok schoolgirls.

“We want God to touch the heart of those that abducted the Chibok schoolgirls to release them without further delay.

“We want peace in Nigeria; God has a very good intention for binding Christians and Muslim in Nigeria,” she said.

The prayer Coordinator, Praise Elrol, said that only God could cause the release of the abducted schoolgirls.