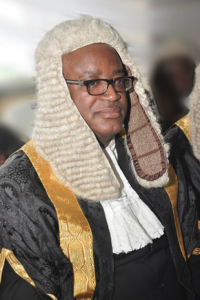 The new NBA president, 50, who hails from Ikabigbo in Etsako Local Government Area of Edo State, will succeed Okey Wali, an indigene of Rivers State in the same South-South zone.

He will be sworn in alongside other new members of the executive during the Association’s Annual General Conference in Owerri, Imo State, between August 24 and 29.

The Midwest Bar Forum of NBA had last year adopted him as its candidate for the NBA Presidency at its meeting held in Agbor, Delta State.

Mr. Alegeh, 50, was born in Warri, Delta State and attended the University of Benin where he graduated in law in 1985. He won the Bola Ajibola Prize for Civil Procedure at the Nigerian Law School. Between 1986 and 1989, he practiced with Sadoh & Co.

In 1989, the new NBA president-elect became the Managing Partner of the Company, which became Alegeh, Agun & Co  following the appointment of its former principal partner as a judge of the Bendel State High Court. In September 1990, the firm became known as Alegeh & Co.

Mr. Alegeh, who became a SAN in 2007, has been an active member of the NBA and until his election was its Chairman of the Database and Documentation of Nigerian Lawyers Committee. He once served as the alternate chairman of the Technical Committee on Conference Planning.

In his manifesto for the election, the new president said he would provide a relief package for lawyers adversely impacted by violence in the country, provide specialized stamps and seals for lawyers; secure more works for lawyers; ensure that only lawyers are permitted to operate at Corporate Affairs Commission, CAC, Lands Registries and all such other registries; proper notification of lawyers when courts are sitting, among others.

My relationship with Genevieve – Mikel Obi