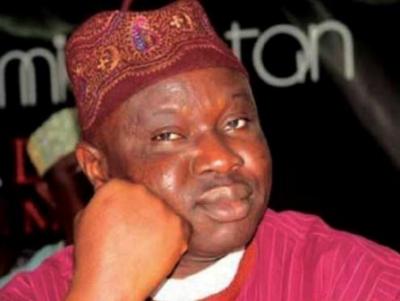 The judge attributed the delay in delivering the ruling to fatigue and the heavy work load of the court.

After initially scheduling Friday to deliver a ruling on a ‘No case submission’ application filed by the Speaker of the Lagos State House of Assembly, Justice Ibrahim Buba of the Federal High Court, Lagos, has shifted the date to September 26.

In a short ruling, Friday, Mr. Buba attributed the delay in delivering the ruling to fatigue and the heavy work load of the court.

“Since the prosecution has refused that the ruling be delivered during vacation, and considering the legality of doing so, this matter stands adjourned to September 26.

“The matter before this court not only involves ruling on the no case submission, but also touches on issues of jurisdiction,” Mr. Buba said.

“Let all counsels enjoy their vacation, while the bail of the accused should continue,” the judge added.

Mr. Ikuforiji and Oyebode Atoyebi, his aide, are facing a 54-count amended charge of money laundering amounting to over N600 million.

The Speaker’s counsel, Wole Olanipekun, had filed a no case submission on Monday, after the Economic and Financial Crimes Commission, EFCC, the prosecution, closed its case on June 20.

Mr. Buba, who initially fixed Friday to deliver his ruling on the defence’s application, said that it was “not ready” due to fatigue.

An attempt by Mr. Olanipekun to urge the court to fix a date during the court’s long vacation, which begins on July 14, was opposed by Edward Okpe, the prosecution counsel.

The defendants were re-arraigned before Mr. Buba in June last year, following the retirement of Justice Okechukwu Okeke, the former trial judge.

After they pleaded not guilty to all the charges, Mr. Buba granted the defendants bail in the sum of N1 billion each with two surety each in the sum of N500 million.

The prosecution has produced two witnesses during the trial – Adebayo Adeniyi, an investigator with the EFCC, and Adewale Olatunji, former Clerk of the House of Assembly.

During his evidence, Mr. Adeniyi had detailed how the defendants allegedly laundered millions of naira through honorarium, renovation of the Speaker’s residence and guest house as well as to the Speaker’s wife, Mayowa Ikuforiji.

According to the EFCC, the defendants committed the offence between April 2010 and July 2011.

The offence is said to contravene the provisions of Section 18(a) of the Money Laundering (Prohibition) Act 2011.