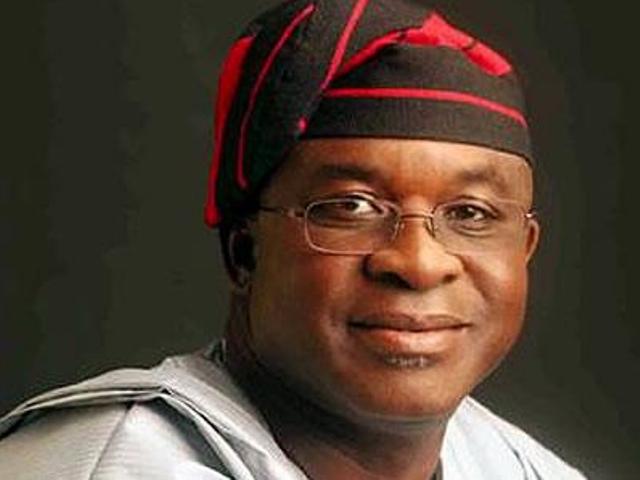 Mrs. Tinubu had accused the senate of taking a partisan stance on national issues.

The Senate Leader, Victor Ndoma-Egba, on Thursday in Abuja accused Oluremi Tinubu (APC-Lagos) of attempting to malign the reputation of the leadership of the Senate.

Mr. Ndoma-Egba raised a Point of Order under Order 43 of the Senate Standing Rules which bothered on a matter of breach of privileges of a senator.

He read some newspaper reports in which Mrs. Tinubu claimed the leadership of the Senate had failed to address national issues because of its partisan stance.

The senate leader said that Mrs. Tinubu made the accusation at a media briefing to mark her third year in the upper legislative chamber.

One of the headlines read: Activities in the Senate are depressing.

“Sen. Oluremi Tinubu representing Lagos Central Senatorial District took a swipe at the leadership of the Senate, accusing it of poor performance. Tinubu said that activities in the upper legislative chamber were depressing because its leadership has failed to address a lot of pressing national issues for partisan reasons. She accused the Senate leadership of pandering to the wishes of the executive arm of government which is led by the Peoples Democratic Party, PDP,” Mr. Ndoma-Egba said.

He also quoted Mrs. Tinubu as telling the media that “she may not return to the Senate next year if the rot in the upper chamber persists.”

He described Mrs. Tinubu’s allegations as “uncharitable” for a senator who had at no time raised her concerns with her colleagues or leadership of the Senate.

“I am a senator first and foremost and by the grace of my colleagues, a member of the leadership of the Senate. And to the best of my knowledge, Sen. Tinubu has never raised any concern with me or with the leadership on the activities of the Senate. It is most unkind, it is most uncharitable for a distinguished senator who has the opportunity of raising concerns with her colleagues, not to do so but go straight to the media to play to the gallery. I object very seriously to the comments made by Sen. Tinubu and I want to submit that my privilege as a senator of the Federal Republic of Nigeria has been breached by the said senator,” Mr. Ndoma-Egba said.

The senate leader later laid copies of the two newspapers with Mrs. Tinubu’s quotes in them before the Senate as evidence.

In a ruling, the Deputy Senate President, Ike Ekweremadu, who presided over the plenary, referred the matter to the Committee on Ethics, Privileges and Public Petitions, for further action.

“This matter is referred to the committee so that they can have Sen. Tinubu present her own side of the story and if possible invite the newspapers which published the stories.” Mr. Ekweremadu said.

The committee was given two weeks to submit its report to the Senate for consideration.