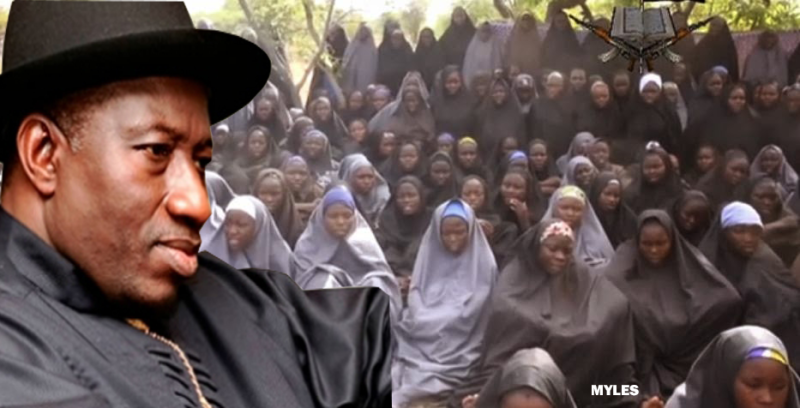 The committee confirmed that 219 girl remain with their abductors.

The Chairperson of the Presidential Fact Finding Committee on the abducted Chibok girl, Ibrahim Sabo, has revealed that a total of 219 girls are still missing.

Mr. Sabo, a retired brigadier general, disclosed this at the Presidential Villa, Abuja, while presenting the report of the committee to President Goodluck Jonathan.

Mr. Sabo, who disclosed that a total of 276 girls were abducted by members of the Boko Haram Sect, said 57 of the girls escaped while 219 were still unaccounted for.

President Jonathan had set up the fact finding committee on May 2 to gather information surrounding the abduction and to ascertain the exact number of students abducted amongst other terms of references.

“Mr. President, the committee here wishes to lay to rest any residual doubt whether or not any student was abducted at Chibok,” he said. “As most Nigerians already know, there were some persons who doubted whether in fact any student was abducted from Government Secondary School, Chibok. On the other hand, for those who believed that there was an abduction, there were lingering doubts as to how such a number of kidnap victims were conveyed, considering also that information was sparse as to how the raiding insurgents evacuated the victims.”

“During the siege on the school, 119 students escaped from the school premises, before the insurgents took away their classmates.
“A total of 276 students were thus abducted. As of today, 57 of the abducted students have been reunited with their families after escaping along zig-zag transport route taken by the insurgents or by bolting to safety when the insurgents laid for a rest. Sadly 219 students remain unaccounted for,” he said.

Mr. Sabo also revealed that in the committee’s interactions with four of the girls who regained their freedom and their families, the girls were hesitant to discuss the full details of their experience, citing the fear of possible reprisals from Boko Haram elements.

He noted, however, that the committee received the full cooperation of the people and interacted with different stakeholders considered relevant to the fact finding mandate but with an exception.

“The singular exception was a senator from Borno, who after agreeing to an appointment with the Committee, turned around to avoid the meeting on the excuse that he had another appointment and would thereafter be unavailable for one month or so.
“Not that his non-appearance has materially or in any way affected the outcome of the committee’s findings, but the senator’s avoidance of an interface with the committee may well speak to a motive not too difficult to discern,” he said.

The chairman also noted that though Nigerians and the rest of the world have been galvanised to drum up support for the freedom of the Chibok schoolgirls, little could be achieved through finger-pointing.

“Getting the girls out and safely, too, is by far more important than the publicity generated by the blame game that has tended to becloud the issue,” he said.

He said that the committee had begun the process of mobilising the communities, but it was still an unfinished business. He said to achieve a more worthwhile outcome, more time and a more compact team would be required.

The committee also advised that in order not to jeopardise the on-going rescue efforts and also the possibility of compromising national security matters, the report should be treated with utmost confidentiality.
Mr. Sabo noted that this, however, did not preclude government from releasing information that may be useful for a better public understanding of issues surrounding the abduction saga.

In response, the President, who promised that the report would not be shelved, also urged owners of boarding schools in the country, especially those in the North East, to provide at least some basic security for their students.

He noted that the insurgents were able to operate unhindered because there was no security arrangement at the Government Girls Secondary School, GGSS, where the girls were kidnapped on April 14.

“Let me charge everybody, whether corporate bodies, federal and state governments or individuals that own especially in the north east, that if we must keep students in hostels there must be some basic security that should be provided,” he said.

Why baby making factories are on increase in Nigeria – NAPTIP