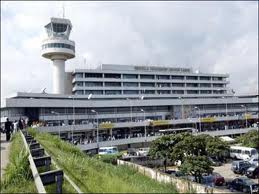 This is the first time escalators at the terminal are being overhauled after about eight years.

Bi-Courtney Aviation Services Ltd., BASL, on Wednesday assured air travellers that faulty escalators at the Murtala Muhammed Airport, MMA2, would be completed before the end of July.

The Chief Executive Officer of the company, Christophe Penninck, said in Lagos that the company would ensure that the facilities met international standards when completed.

“We will like MMA2 to be comparable to the Johannesburg Airport in South Africa, Madrid and Paris,” he said.

This is the first time escalators at the terminal are being overhauled after about eight years.

He said that the facilities were being tested and that it would be put to use after the repairs.

Mr. Penninck explained that the next step was to install air conditioners to make the facilities comfortable for travellers.

“The company is also overhauling the cooling system in the terminal, increasing the checking counters from 31 to 45 and introduction of modern services.

“We don’t want to build and abandon the project; rather we will build, maintain and ensure the growth of our operation.

“The result will be very clear soon, although we have a bit of challenges in the beginning of the year but the escalators are almost completed.

“I personally supervise the work and it will be ready for inauguration soon,” he said.