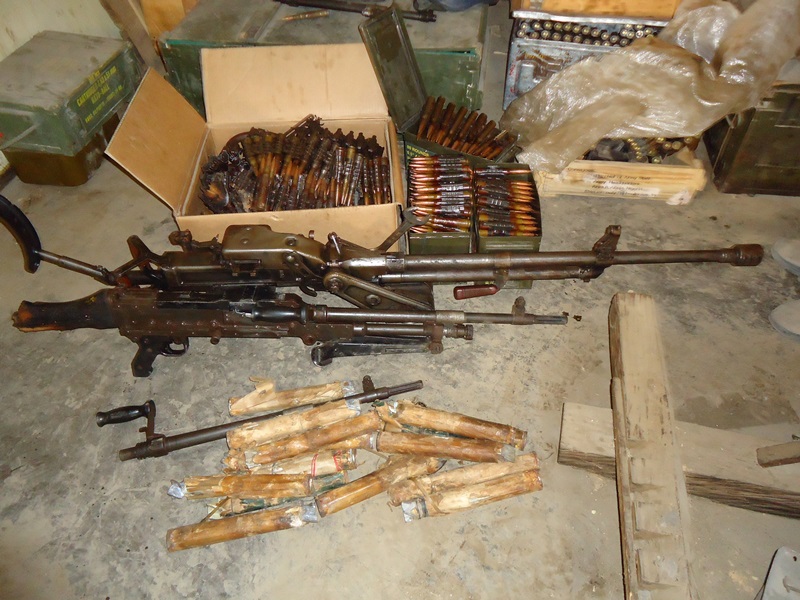 Most of the arms originate from facilities in China and Sudan.

The Permanent Ambassador of Switzerland to the UN, Olivier Zehnder, said on Monday in New York, that newly produced ammunition was circulating in conflict countries in Africa and the Middle East.
He said most of the arms originated from facilities in China and Sudan.

Mr. Zehnder, while presenting the 2014 Small Arms Survey to the media in New York, said that tracing investigations presented in the survey, concluded that the Sudan Government’s stockpiles were the primary source of weapons for non-state armed groups in Sudan and South Sudan.

The survey, Mr. Zehnder, said was a project of the Graduate Institute of International and Development Studies, Geneva, and supported by the Swiss Federal Department of Foreign Affairs.

The survey objective, he said, were to be the principal international source of impartial and public information on all aspects of small arms and armed violence.

Others objectives included serving as resource centre for governments , policy makers, researchers and activists, to monitor national and international initiatives on small arms; supporting efforts to address the effects of small arms proliferation and misuse; and to act as clearinghouse for the sharing of information and the dissemination of best practice.

The first section of the 2014 survey focused on the relationship between women and guns, highlighting the violence that still targets women and girls.

According to the survey the value of global trade in small arms and light weapons almost doubled between 2001 and 2011.

The survey stated that in 2011 the top exporters of arms and light weapons, in descending order, were the U.S., Italy, Germany, Austria, Switzerland, Israel, the Russian Federation, South Korea and Belgium.
Others are China, Turkey, Spain and the Czech Republic, Canada, Australia, Thailand, the U.K., and France.

The survey also revealed that the explosions that destroyed several military barracks and killed many civilians in Brazzavile, Republic of Congo, on March 4, 2012, were preventable, because prior to the explosions, a number of warning signs were ignored by international donor community.

The 260-paged survey is titled: Women and Guns.

It considered the multiple roles of women in the context of armed violence, security, and the small arms agenda.

The volume’s thematic section comprised of one chapter on violence against women and girls with a focus on post-conflict Liberia and Nepal, and another on the recent convergence of the small arms agenda with that of women, peace, and security.

The section assessed the potential impact of the Arms Trade Treaty; presented the 2014 Transparency Barometer and an update on the authorised small arms trade; and analysed recent ammunition explosions in the Republic of the Congo.
In addition, it examined ammunition circulating in Africa and the Middle East, mapped the sources of insurgent weapons in Sudan and South Sudan, and evaluated gun crime records in the United States.

The treaty will foster peace and security by thwarting uncontrolled destabilising arms flows to conflict regions.

It will also prevent human rights abusers and violators of the law of war from being supplied with arm and help keep warlords, pirates, and gangs from acquiring these deadly tools.

About 118 countries s have signed the treaty while 40 have so far ratified it.