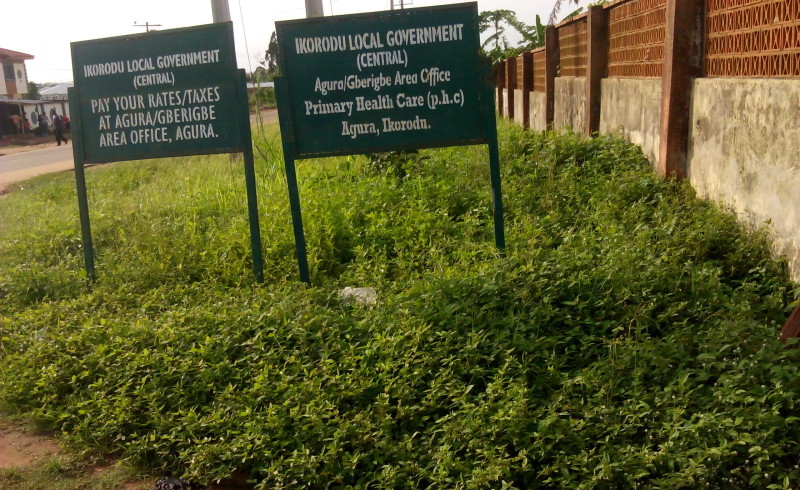 Poor funding, unskilled workforce and more are helping to raise maternal mortality in Lagos state, as in wider Nigeria

Femi Stephens wept intensely, his hands clasped over his head as he watched his dying wife on a blood-stained stretcher shortly after being delivered of a baby.

Clutching the metal props, the new mother lay as though asleep, her face calm.

“Who is going to be there for Efe,” Mr. Stephens muttered about their six-year-old daughter, a concern he also raised about their three-year-old son, and the new-born.

Jolted back to sanity, the heartbroken father of three stood helpless as a nurse carefully drew a white linen over his wife’s body. It was February 2014.

Months later, Mr. Stephens is haunted by a question relatives of maternal mortality victims often face: Was the death fate, or a result of poor medical care?

A woman dies while giving birth in Nigeria every 15 minutes. About 630 women die out of every 100,000 live births in Nigeria, the second highest maternal mortality rates in the world, according to the World Health Organization.

The figure is as high as 1,100 in northern Nigeria and rural communities where women are less educated and access to health is even worse, WHO says, blaming simple mistakes, wrong diagnosis, carelessness, incompetence of staff and lack of access to prompt and affordable healthcare.

Nigeria is all but certain to default on the 2015 global date for achieving the Millennium Development Goals, MDGs- part of which requires a significant reduction in maternal deaths.

The casualty has grown amid poor funding by the government, lack of trained workforce and lack of access to prompt medical attention.

The Women Advocate Research and Documentation Centre, WARDC, a Lagos-based civil rights organization, views the government’s failure to reverse the tide of maternal deaths a violation of women’s human right.

“Maternal deaths is no longer medical. It is a lack of political will from the government and we are holding it responsible for all the needless and preventable deaths of these women,” the group said in its report titled Broken Promises.

Nigeria’s health sector has received poor attention from local, state and federal authorities. The primary health care, which should provide quick response to majority of maternal emergencies, is the worst hit despite being overseen by the local and federal governments.

The case of Lagos State is typical.

Its veranda overgrown by weeds, the centre looks desolate. The clinic closes as early as 5p.m., meaning it cannot attend to emergencies round the clock.

Because of its lack of staff, there are a few grim options for a pregnant woman in an emergency: either a longer trip to Ijede Primary Health Centre, which is about 30-45 minutes’ drive away, or a private hospital or traditional birth homes.

A surprisingly substantial number of women chose the last option: traditional birth homes, according to experts who also link the embrace of that option by a lot of women to the surging mortality.

Gbemisola Ojo, a daughter-in-law of a renowned herb trader in Gberigbe (a sister community to Agura), chose that native care for her post-delivery days.

At her home, Gbemisola’s mother-in-law, Alake Ojo, displays her wares: withered leaves, barks of trees, dried stems and a calabash, forming a potpourri of local medicine she claims helps women during and after birth.

“This one is called ‘abiwere’,” Mrs. Ojo grinned, exposing her herb-tainted teeth, a tell-tale that she also applies her concoctions.  She said abiwere (which means “give birth easy’ in Yoruba), makes foetuses small and easy to deliver.

“I take herbal preparations from my mother-in-law,” her daughter-in-law, Gbemisola, said.

Gesturing at the old woman’s art, she shrugged off the idea of attending a modern hospital as “nothing special”.

Her mother-in-law explains: “I have herbs for everything; whether for to make baby small, I have it. Whether to stop bleeding, I have it. Whether to turn a baby that has crossed so her head can face down, I have it,” she said. According to her, several women come to her for these herbs, and she serves as a referral for the traditional birth home in the community.

The chairman of the Lagos Traditional Medicine Board, Bunmi Omoseyindemi, said a large number of women will continue to use home birth attendants, as that is socially acceptable and affordable.

The biggest challenge with the native attendants, he said, is their lack of training and ability to deal with complications as they often do.

“We cannot phase them out, rather, we upgrade them so they can help orthodox medicine and give safer deliveries,” said Ms. Omoseyindemi.

Further evidence of rot in the primary health care in Lagos State is a recent study conducted by the Lagos State Civil Society Partnership, LACSOP; the Lagos State Community Coalition and Innovation Matters Limited, to measure the availability and accessibility of facilities, equipment and personnel to support the Maternal & Child Mortality Reduction, MCMR, programme in 20 Local Government Areas in the state.

The study revealed that 10 out of 29 primary health centres had no backup power supply. In some cases, the report said, the staff contribute their money to bribe electricity officials from PHCN whenever they show up for disconnection.

“We still use lantern and torchlight in the labour room,” one of the staff said.

One first-time mother who gave her name as Justina, said she was asked to include torch light or candle in the list of items for the delivery day.

The study also found that ambulance services in case of emergency was absent in nine hospitals. Twelve health centres complained of inadequate staffing and of being overworked; one of which is Sura. At Ashogbon Health Centre, only one midwife is available to take deliveries.

The Lagos State health commissioner, Olajide Idris, said the lack of key facilities cannot be fixed overnight. He blamed funding transfer between the federal and local governments for the situation.

“For a long time, it has been believed that the health centres are under the jurisdiction of the local government, but there have been challenges with the flow of funds from the Federal Government, to the states and to local governments.”

The failure of the state authorities tell daily in largely avoidable deaths.

Mr. Stephens, who lost his wife after birth, was told by the health centre that attended to her that they could not do anything than accept her fate. The clinic is near Mr. Stephens’ house at Epe, Lagos.

Another mother, Nike Aiyepe, an accountancy graduate, escaped death but not with her baby.

During the delivery of her second child at a private hospital, she was faced with lack of skilled nurses and required drugs.

Ms. Aiyepe, who lives in Ikorodu, Lagos, said she refused to patronize government hospitals because of the discourteous attitude of the nurses.

When it was time for delivery, she laboured for 18 hours. The nurses said repeatedly the baby had not “descended” and later abandoned her in pain in the labour room. After a long wait, the chief matron announced she would have to undergo a caesarean section.

“The hospital does not have a resident consultant gynaecologist, so they had to telephone him,” Ms. Aiyepe narrated. While waiting for a consultant, the matron made Ms. Aiyepe and her husband pay a N100, 000, deposit.

Medically, there are different phases of labour.  The first is passive and involves contractions at well-spaced intervals. During active labour, which Ms. Aiyepe was in, contractions occur every 5-10 minutes and they are painful with each contraction pushing the head of the baby towards the birth canal, and delivery is in a matter of minutes, hence the risk.

When the consultant finally arrived, the couple was told there was no need for an operation. All Ms. Aiyepe needed to deliver was a certain injection, the consultant doctor said.

The consultant explained that although the baby was head down, it was positioned anteriorly (face up), rather than the normal face down presentation, so it made it difficult to pass through the birth canal.

But the trouble was that the hospital had no such injection.  The three nearby pharmacies too did not have too. Mr. Aiyepe had to cover kilometers to buy one.

The World Health Organization, WHO, says prolonged labour, such as Ms. Aiyepe went through, is a major cause of maternal deaths.

Fortunately, Ms. Aiyepe survived, but her baby arrived terribly exhausted and died two days after due to infections.

Speaking to PREMIUM TIMES, the Lagos State commissioner for health, Mr. Idris, admitted that the state of primary health centres is unimpressive.

“We know the primary health centre is the bedrock of health, but it is in bad shape now. At least it ought to have three doctors and eight skilled nurses,” he said.

But he said funding is a major constraint affecting reforms. “It costs a lot of money to provide staffing. At least three trained doctors and eight nurses are required to be on a 24-hour service.

Equipment are costly and then providing drugs and consumables.

On paper, the figures are not that bad compared to the dismal reality on ground.

Other assistance came from Japan which has given more than USD87 million in ten years.

Activists believe that with proper planning and execution, the so-called little funding can save more lives.

As a mark of improvement, spending on health in 2013 was six per cent of the entire budget- the highest so far.

The figure was however lower than the 15 percent minimum advocated for health spending by African heads of state under the Abuja Declaration-a continental agreement of which Nigeria is signatory.

In reality, the increase impacted minimally: maternal mortality fell only by 0.1 percent.

At the federal level, of the total N4trillion budget this year, N219.7 billion was allocated to health. That also, is the highest so far, and the fourth highest after education, defence and police.

Still, very little part of that allocation goes into capital projects as much of it covers recurrent expenditure such as payment of salaries, running costs, refreshments and money for attending international conferences and general maintenance.

Very little goes into capital projects. N180billion was saved from oil subsidy removal in 2012. Of this sum, N15.94 billion was earmarked for maternal and child health through the Subsidy Reinvestment Empowerment programme.

Give Not Thy Carrots To Beasts, By Femi Fani-Kayode