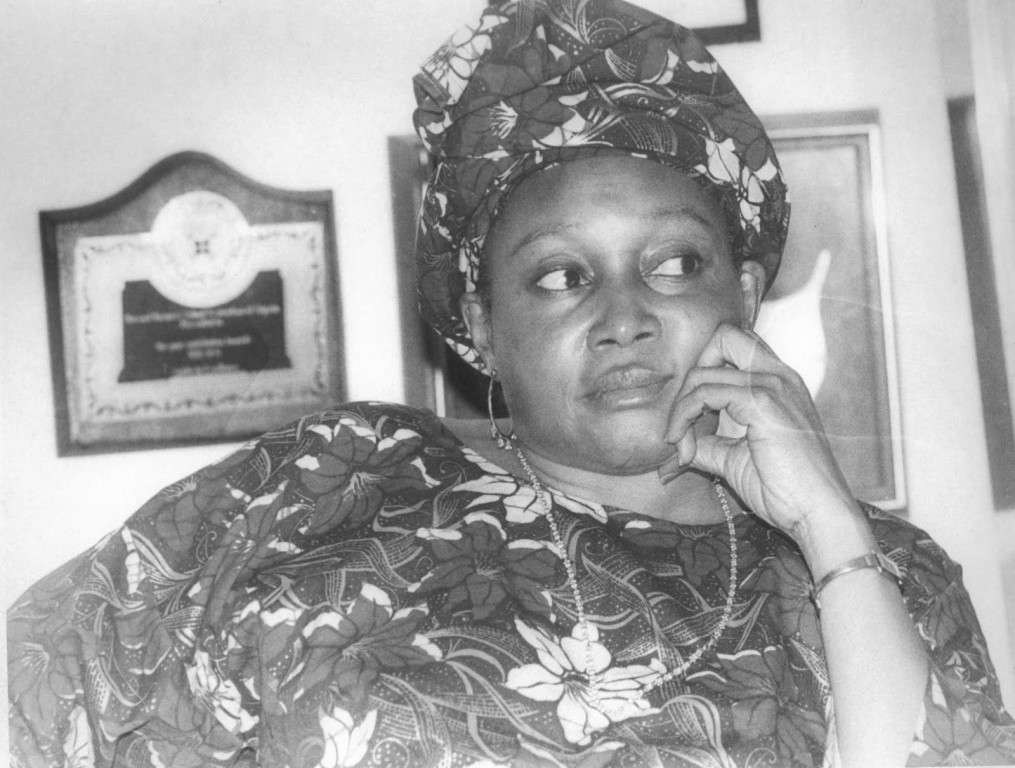 “All of us in government and out of government must go back to the road we have abandoned,” he said.

The Chairman of the National Democratic Coalition, NADECO, retired Rear Admiral Ndubuisi Kanu, on Wednesday reiterated the need for Nigeria to go back to regionalism.

Mr. Kanu spoke at the 18th year wreath laying ceremony in honour of late Kudirat Abiola, organised by the Campaign for Democracy, CD, in Lagos.

Kudirat Abiola was killed on June 4, 1996 while struggling to actualise the mandate of her husband, late MKO Abiola.

Mr. Abiola was the acclaimed winner of the 1993 presidential election, considered Nigeria’s freest and fairest election.

Speaking at the graveside of the late Kudirat, Mr. Kanu, a former governor of Lagos State, said that regionalism was the way forward for Nigeria.

“All of us in government and out of government must go back to the road we have abandoned,” he said.

According to him, the strength of Nigeria is in the diversity of its people and ignoring this will be detrimental to the unity of the nation.

“Nigeria is one, blessed with human and material resources that must be harnessed through a structure that will be more beneficial to all the federating units,’’ he said.

Mr. Kanu said what was most important was to get a Nigeria that would work.

“It is not geography but the spirit that makes a country. We must all ensure that Nigeria is not drowned by the myriad of problems bedevilling it as a nation,” he said.

In her remarks, Joe Odumakin, the President of CD, lamented that 18 years after Kudirat’s death, terror was still a challenge in Nigeria.

Ms. Odumakin said that Nigerians must remain vigilant and rise in unison to say enough is enough.

“It is disheartening that Nigeria is yet to rid itself of terror, brutal murders and kidnaps,” she said.

According to her, Kudirat remains a heroine of pro-democracy groups who displayed uncommon courage at the barricades.

Also speaking at the event, Abdul Abiola, son of the late Kudirat, urged Nigerians to question their leaders.

He said that people should not wait for things to be better but should go out to make things better.

Kudirat’s daughter, Hafsat, also urged Nigerians to remain courageous like her late mother in the face of insurgency, corruption and poverty.

She said the problems in Nigeria were not created by President Goodluck Jonathan’s administration and there was the need to support the fight against terrorism.

“This is no longer time for blame, but time for solution.

“We must not allow politicians with their own agenda to destroy the nation,” she said.

Representatives of various civil society groups across the nation were at the event.