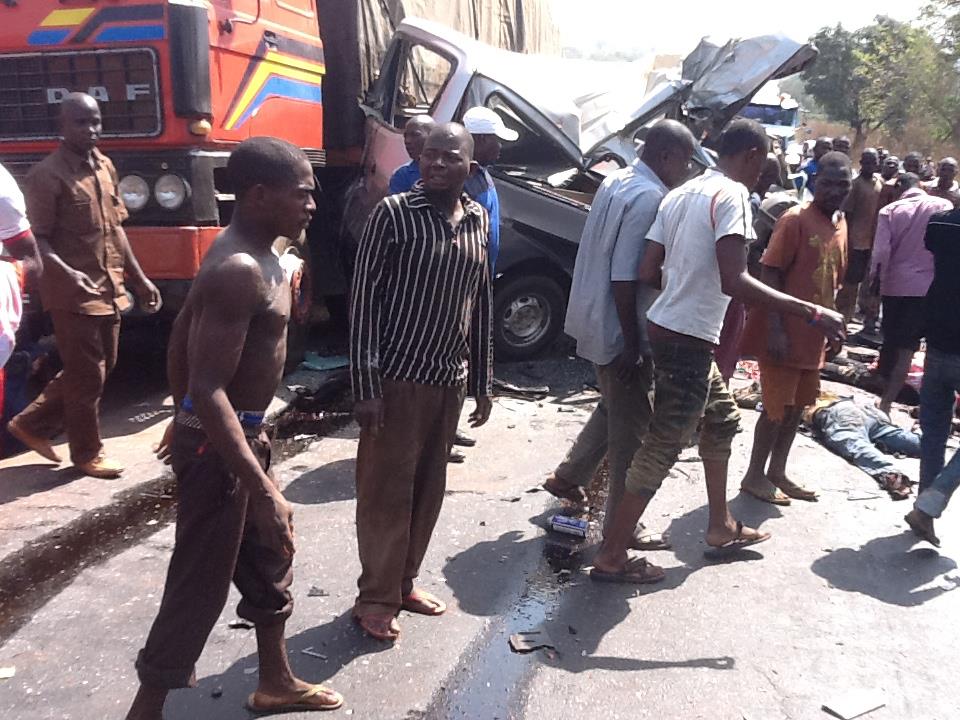 Truck crushes all 14 bus passengers to death in Edo

A witness says the truck lost its brake control

No fewer than 14 persons on Thursday lost their lives in an auto crash along Benin-Okene Highway, the News Agency of Nigeria (NAN) reports.

NAN reports that the incident, which occurred around the Ewu slope in Esan Central Local Government Area of Edo, involved a 15-seater Toyota Hiace bus belonging to Edo City Transport Service and an articulated vehicle.

The truck, which was said to be coming from Abuja, overran over the bus, resulting to death of all passengers on board.

An eyewitness, Ben Omoede, said the incident occurred when brakes of the truck failed.

“The truck lost brake and ran over the Toyota bus coming from the opposite side, killed the 13 passengers and the driver,’’ he said.

Officials of the Federal Road Safety Corps and the Red Cross evacuated the corpses to Irrua Specialist Hospital in Edo.

Mike Odiahi, the chairman, Edo Central branch of the Nigeria Red Cross Society, who was at the scene, confirmed the incident to newsmen.

“Fourteen dead bodies have been recovered and they have been taken to the mortuary at Irrua Specialist Hospital,’’ he said.

Mr. Odiahi lamented over frequent accidents around the Ewu slope and advised road safety officials to ensure regular patrol in the area to prevent further accidents.