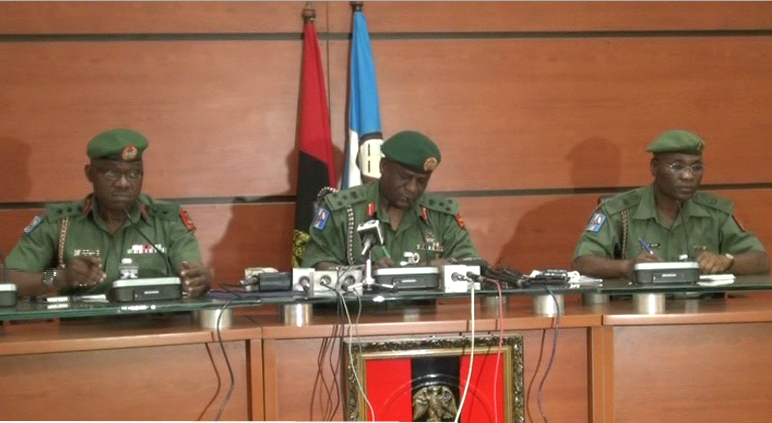 The spokesperson of the Nigerian Army, Olajide Olaleye, has explained to PREMIUM TIMES that the explosion that occurred in the Kurudu area of the Nigerian capital is a “controlled blast.”

Mr. Olaleye, a Brigadier General, said a rock had been blocking a new road being constructed from Karishi to Apo, in the Abuja city centre.

He said the rock was blasted, with dynamites, to free the road and allow construction to continue.

“The situation is under control,” the spokesperson said, advising residents to be calm.

The blast had caused panic among residents of Kurudu, Jikoyi and other adjoining areas on Thursday morning.

Some of the residents were still held up in their homes at 9:50 a.m. amidst fear that the explosion was caused by a bomb.

Kurudu is a few kilometres from Nyanya, where bomb explosions about a month ago killed about 100 people.