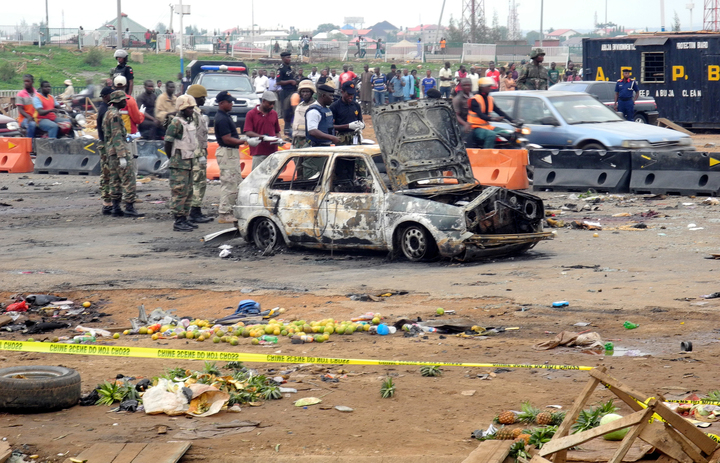 Some markets in Abuja are already devising private security arrangements.

The Police in Abuja have advised people who work in public place s including markets and motor parks to devise private security arrangements to complement the efforts of the police.

The command’s spokesperson, Altine Daniel, said this in Abuja on Wednesday.

She added that the police have taken some measures including the creation of police outposts in major markets and parks in the territory.

She said the command has directed Divisional Police Officers to meet regularly with authorities of markets, parks, and owners of businesses to work out strategies on security.

“We will continue to do that to ensure safety.

“We have always urged them to make sure they have their own private security arrangement and they have really complied.

“Those yet to comply were advised to so in the interest of their own customers,’’ Ms. Daniel said.

Some markets in Abuja have already put in place some security measures in view the challenges.

The management of Utako modern market said it has concluded arrangement to install Closed-Circuit Television Camera, CCTV, in and around the market.

The management consultant of the market, Omutango Auta, said the measure would assist the management to monitor movement of suspicious persons and vehicles.

He said the authority had also embarked on a stop-and-search of all vehicles coming and going out of the market.

Mr. Auta said the management was also collaborating with security agencies to ensure safety of traders and buyers.

“Given the present security situation in the country, protection of lives and property is very important,’’ he said, adding that measures had been taken to check hawking and illegal trading.

Ibraheem Suleiman, the manager of the popular Wuse Market, said the authority was collaborating with the security agencies to beef up security in and around the market.

Mr. Suleiman said vehicles coming in and going out of the market were being subjected to stop and search as part of measures to enhance security.

He said traders have been instructed to cooperate with the market authority to ensure that vehicles were not parked indiscriminately around the premises.

“We have asked the traders to notify us whenever they are bringing their goods to enable us identify the vehicle for access into the market.

“Right now any truck with goods coming into the market must be properly identified with their owners before being allowed into the market,” Mr. Suleiman said.

The National Union of Road Transport Workers, NURTW, also said that it has sensitised its members nationwide on the need to be security conscious in view of the current challenges.

The Public Relations Officer of the union, Kefas Dogan-Yaro, said in Abuja that members have been put on security alert.

Mr. Dogan-Yaro said plans are on to install bomb detectors in motor parks across the nation.

“Security is everybody’s business; if you notice any suspicious person in the parks or any form of threat, do not hesitate to report to the security agencies,’’ he said.

He said owners of “corner shops’’ and petty traders at the parks have been directed to register with the union for identification.

Similarly, the Nigeria Security and Civil Defence Corps, NSCDC, said it has deployed its personnel across the country to ensure safety of lives and property.

The deputy spokesperson of the corps, Olusola Odumosu, disclosed this in Abuja.

Mr. Odumosu, who decried the number of deaths recorded on daily basis as result of insurgents’ attacks, said the corps had strategically positioned its operatives and equipment to halt the menace.

He also said that the corps had deployed some vehicles equipped with special cameras to parts of the North East to ensure timely information so as to address the lingering insecurity in the area.

Mr. Odumosu said each of the van had the capacity to view a distance of more than 500 metres from its location.