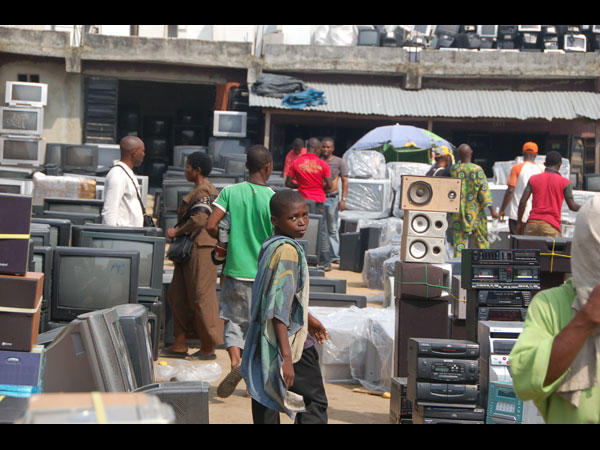 How “Wonder Bank” swindled me –Nigerian

“The agent told me that I will get back an additional 50 per cent of any deposit I made with the bank, within 21 days.”

A complainant, Matthew Chukwu, on Tuesday told a Federal High Court in Lagos that a “Wonder Bank” Operator, Fortune Etaba, defrauded him of over N2 million on the pretext of doubling the amount.

Mr. Chukwu, who is also a witness, was testifying at the resumed trial of Mr. Etaba, the Managing Director of the bank, charged with N9.8 billion fraud.

Led in evidence by the Prosecutor, Effiong Auquo, the witness told the court that he came in contact with the accused in 2009.

He said an agent to the accused, one Amos, had approached him at the Alaba International Market, on Nov. 28, 2009, with an offer of business promotion.

The witness said that the agent had told him that he was from a bank, Establishment House Ltd, adding that they were out to help facilitate the growth of businesses in Nigeria.

He told the court that the agent informed him that the company had branches in Denmark, Germany, Japan and Qatar and that they had come to better the lives of businessmen in Nigeria.

“The agent told me that I will get back an additional 50 per cent of any deposit I made with the bank, within 21 days.

“On Nov. 30, 2009, I followed him to his office for confirmation and I met the accused, Etaba, who confirmed to me that the offer was real.

INTERVIEW: Why we established online radio station for Nigerians in diaspora-Toye Arulogun

“Immediately, I went back and got the sum of N1.5 million which I paid into the bank and subsequently, brought an additional N828,000.

“I even invited my friends to come and enjoy the offer with me.”

Mr. Chukwu said that several other businessmen also invested their money in the establishment with the hope of getting double the amount invested within 21 days.

He said that on December 12, 2009, the accused hosted an end-of-year party for their clients, in which he reiterated the benefits of the offer and assured them that they would get back their rewards.

He said that was the last he heard from the accused and his bank.

The witness said that when his deposit was supposed to have matured, he went to the bank, but was told that due to a bank audit at that time, they were unable to pay customers.

Mr. Chukwu said that he made repeated visits to the bank alongside other complainants but they were never paid their entitlements up till date.

He said that a complaint was then lodged at the Ajangbadi Police Station and the case was transferred to the state CID Panti.

After listening to the evidence of the witness, the judge, Ibrahim Buba, adjourned the case to May 22 for continuation of trial.

The accused was re-arraigned on January 21 on amended charges and he had pleaded not guilty.

The judge had granted him bail in the sum of N500 million with two sureties in like sum.

Mr. Buba also ordered the accused to deposit his travelling documents with the court’s registry, with an undertaking not to travel outside Lagos during the pendency of the case.

In the charge, the accused was said to have committed the offence between June 2009 and December 2009.

The prosecutor had told the court that the accused fraudulently obtained huge sums of money, totaling N9.8 billion from several individuals, especially businessmen at the Alaba International Market, Ojo, Lagos.

He said that the accused had represented to the businessmen that they would get back an addition of 50 per cent of their deposits after 21 days.

According to the prosecutor, the accused neither repaid the deposited sums nor the 50 per cent interest promised on individual deposits.

He said that the offence contravened the provisions of Sections 1 (1) (a), 8, and 2 of the Advanced Fee Fraud and other Fraud Related Offences Act, 2004.

The accused was yet to perfect his bail terms.