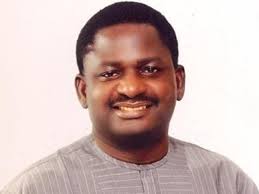 The President of the Nigerian Guild of Editors,

“The guild urges Nigerians to be security conscious and to pass relevant information to security agents to stop terrorism in the country.”

The Nigerian Guild of Editors, NGE, has called on the Federal Government to live up to its promise to free the school girls abducted in Chibok, Borno State.

The girls were kidnapped by the Boko Haram sect on April 14 at the Government Secondary School, Chibok.

The Guild stated its stance on Monday in an eight-point communiqué issued after its Standing Committee meeting in Owerri.

The communiqué, signed by NGE President, Femi Adesina, described the abduction as an assault on Chibok and the entire country.

It said the guild praised Nigerians for rising in unison against the abduction of the schoolgirls and commended the international community for offering assistance to Nigeria to free them.

“The guild urges Nigerians to be security conscious and to pass relevant information to security agents to stop terrorism in the country’’, the communiqué said.

“The guild condemns the acrimonious nature of the ongoing National Conference and calls on delegates to watch their utterances, as statements by some were capable of causing more disunity in the country.’’

According to the communiqué, the recent rebasing of the Nigerian economy which makes her Africa’s largest economy should reflect in the per capita income and standard of living of Nigerians.

The communiqué also urged the executive and the legislative arms of government to urgently resolve their differences on the 2014 budget which had yet to be passed five months into the year.

It also advised the Independent National Electoral Commission (INEC), politicians and the people to ensure free, fair and credible governorship elections in Ekiti and Osun.

This, it said, would act as a template for the 2015 general elections.

It urged the Federal Government to adequately fund the forthcoming FIFA World Cup and the Commonwealth Games, given the unifying factor of sports in Nigeria.

National Conference adjourns plenary till May 21