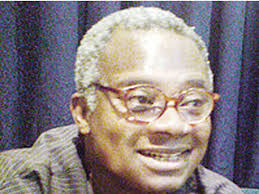 The Conference of Nigerian Political Parties, CNPP, on Sunday asked the leadership and members of the National Conference to stop the alleged plot to use the conference as a platform to extend the tenures of President Goodluck Jonathan and other political office holders.

The group said there was no cogent reason for the invocation of the Doctrine of Necessity to elongate the tenure of the president and other elected officials less than 12 months to the general elections.

A south-South delegate from Akwa Ibom State, Okon Osung, had last Friday proposed tenure extension for Mr. Jonathan and other public office holders in a document titled, “Preserve Nigeria’s democracy: Postpone the 2015 election now,” which he shared with journalists.

“This calls for the postponement or deferment of the scheduled 2015 elections by at least 18 months, while retaining all the democratic institutions at all levels of governance and across the entire spectrum of the country’s political divide, without any bias to the statutory termination dates of such democratic institutions,” Mr. Osung explained. “Preserve Nigeria’s democracy: Postpone the 2015 election now.”

“It is imperatively necessary to speedily put the proposed politico-administrative moratorium into effect, and Nigeria would not be lacking in terms of historical precedent of having to rise to a difficult and unforeseen contingency or occasion for which the country’s constitution had not made adequate provision.”

The 2005 National Political Reform Conference, NPRC, was also characterized by a plan to extend the tenure of former President Olusegun Obasanjo. The plot was eventually defeated at the National Assembly.

“Accordingly, we challenge the chairman of the Jonathan National Conference, retired Justice Idris Kutigi to nip it on the bud; for we are witnesses on how such Hidden Agenda monsters rear its ugly head from innocuous quarters, subvert the good intendment of the national conference and indeed threaten the corporate existence of our dear country,” the CNPP said in a statement by its spokesperson, Osita Okechukwu.

The group of opposition parties said it had always maintained that the Conference convoked by Mr. Jonathan “ill timed, self-serving, a distraction and diversionary, as the 2015 general elections more than any talk shop provides the greatest referendum to remedy the fault lines which divide the country.”

It said it was unfortunate that the alleged hidden agenda was coming at a time when Nigeria attained the zenith of liberal democracy, where two political parties namely the Peoples Democratic Party, PDP, and All Progressives Party, APC, prevailed in a multi- party system?

It noted that in the 2015 general elections neither PDP nor APC would win the presidential election with more than 53% of the votes or 2/3 of the governors of the 36 states and members of Houses of Assembly.

The CNPP said it wondered how the 18 month extension advocated by Mr. Osung would guarantee security, peace and stabilize the country. It said that the 2015 general elections would be like a referendum which would provide Nigerians to either vote for President Goodluck Jonathan if they were satisfied with his performance or vote him out if dissatisfied.

The group stated further, “In other words what Chief Osung and his masterminds are saying is that the Nigerian voters should award 18 months to President Jonathan and all others instead of utilizing the time tested provisions of the 1999 Constitution of the Federal Republic of Nigeria to avoid impending constitutional catastrophe by way of constitutional crisis or deadlock of unimaginable proportion.

“We are at a loss where the constitutional crisis is coming from or is it deliberately being contrived by Chief Osung and his cohorts? CNPP says no to Tenure Elongation of any guise!”