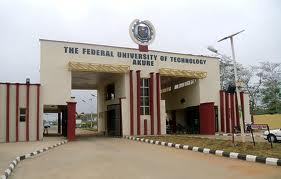 In a development that will further strengthen the position of the Federal University of Technology, Akure, as a leading university in West Africa in cutting edge research, one of its dons, Ayoola Olalusi of the Department of Agricultural Engineering has won a World Bank Research Grant Scheme to the tune of N10.2M.

The research, to be conducted by FUTA teacher, is a WAAPP/ Agricultural Council of Nigeria initiative under the aegis of the World Bank.

A letter signed by the National Project Coordinator, WAAPP-Nigeria, Professor D.O. Chikwendu, confirming the award reads in part, “Your project proposal entitled “Development and Evaluation of a floating fish feed extruder” has been approved for funding by the World Bank.

“This is consequent to your submission of more detailed proposal, in line with the concept of Integrated Agricultural Research for Development (IAR4D)”.

He said the University, which is a World Bank Centre of Excellence in food security, would continue to strengthen its research capabilities and structures in order to continue to contribute meaningfully to solving societal problems and global needs in the area of research and adaptation of appropriate technology.

He congratulated the recipient saying the researcher would justify the confidence reposed in him by the World Bank in the extant tradition of FUTA.