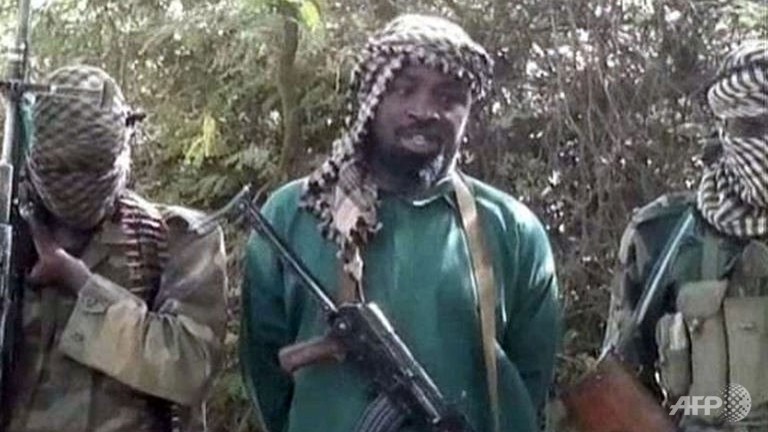 President Jonathan says 20,000 troops are in pursuit of the kidnapped girls

West and Central African leaders have agreed to wage a “total war” on the extremist sect, Boko Haram, responsible for the abduction of over 250 school girls from Borno State, and the deaths of more than 12,000 Nigerians.

At a security summit in the French capital, Paris, Saturday, attended by President Goodluck Jonathan, the leaders of Chad, Niger, Benin, and Cameroon, agreed to share intelligence, and co-ordinate action against the group which is based in northeast Nigeria, but has operated somewhat freely in northwest Cameroon, parts of Chad and Niger.

A central intelligence platform will be based in Chad, the summit agreed, and will allow all countries involved, including the world powers, to stage a response as necessary.

Representatives of the United States, United Kingdom and the European Union, also attended the Saturday’s meeting.

The summit, the first intercontinental gathering to forge a common response against the terrorist group, was convened by the French president, Francois Hollande, in the aftermath of the abduction of the schoolgirls from Chibok, a remote community in Borno State.

President Jonathan said Saturday 20,000 troops in are northeast Nigeria in pursuit of the sect.

Boko Haram has operated mainly in Borno, Yobe and Adamawa States since 2009, attacking government offices, schools and places of worship, and slaughtering civilians.

The group says its objective is to create an Islamic state in northern Nigeria. The group has also struck far afield from its stronghold, with multiple car bombs in Abuja, the latest being two car bombs in April, killing about a 100 people. There have also been attacks in Kano, Bauchi and Kogi States.

The mass kidnapping of the students in Chibok has drawn an unprecedented international outrage, galvanising a response from Western powers and African nations. President Jonathan has also been criticized over his handling of the Boko Haram crisis and the abductions.

At the Paris summit, Mr. Jonathan said the group was no longer the internal problem of Nigeria alone, but that of the entire region. He said Boko Haram now operates as an Al Qaeda group.

“Boko Haram is no longer a local terrorist group, it is operating clearly as an Al-Qaeda operation, it is an Al-Qaeda of West Africa,” the president said.

“We have shown our commitment for a regional approach. Without West African countries coming together we will not be able to crush these terrorists.”

He vowed that Nigeria will not succumb to the group’s “dangerous tactics”.

“Terrorists will not be allowed to define who we are,” he said.

French President Hollande said Boko Haram was now a threat to West and Central Africa and it was linked to other militants, including al Qaeda’s North African arm.

“Boko Haram is a major threat for all of western Africa and now central Africa with proven links to AQIM (al Qaeda in the Islamic Maghreb) and other terrorist organisations,” he said at the summit.

The U.K. Foreign minister, William Hague, said his country has offered the provide Nigeria with military advisers to fight the group.

“Nigerian security forces have not been well structured for this kind of thing and that has been shown by the problem getting worse,” Mr. Hague said. “We can help with that which is why we are offering to embed military advisers within the Nigerian headquarters.”

But Nigeria must still lead the way, he said.

Boko Haram has killed over 12,000 Nigerians, plans to take over country, Jonathan says