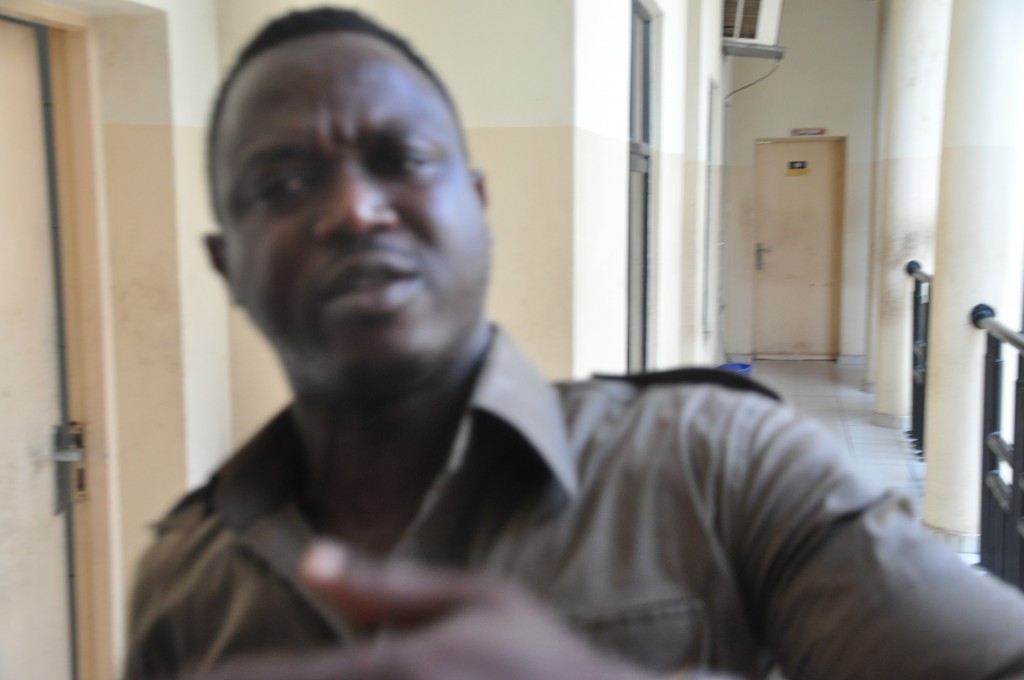 Justice O. A. Adeniyi of the High Court of the Federal Capital Territory, Abuja on Friday convicted and sentenced one Ebiloma Abdullahi to 12 years imprisonment for forgery and obtaining money by false pretence.

A statement by the spokesperson of the Economic and Financial Crimes Commission, (EFCC) Wilson Uwujaren, said the convict was arraigned in November 2009 on a 7-count charge of impersonation, forgery and obtaining money by false pretence.

Mr. Abdullahi, who paraded himself as a student of Federal University of Technology, Minna, was said to have assumed the position of the National President of the National Association of Nigeria Student, NANS, and in such capacity paid courtesy visits to Isa Yuguda, governor of Bauchi State; Alhaji Sani Lulu, former Chairman of the Nigerian Football Association, NFA; from whom he obtained the sum of N500,000 under the pretense that the money would be used to mobilize Nigeria students to support the Super Eagles.

Justice Adeniyi found the accused guilty on count one and seven for forgery and obtaining money by false pretense and consequently sentenced him to two years on count one and 10 years imprisonment on count seven without an option of fine.

The sentences are to run concurrently. The convict was, however, discharged and acquitted on counts two to six.

Count 1 reads: “That you Ebiloma Abdullahi sometime in March 2008 at Abuja in the Abuja Judicial Division of the High Court of Federal Court Territory did make a false student identity card of Federal University of Technology, Minna, purportedly signed by Director of the University Security Services with matriculation number 1999/8683 BB with the intent to commit fraud and thereby committed an offence punishable under section 364 of Penal Code Caps 359, Laws of the Federation.”

Count 7 reads: “That you Ebiloma Abdullahi sometime in March 2008 at Abuja in the Abuja Judicial Division of the High Court of Federal Capital Territory did with the intent to defraud obtain the sum of N500,000 (Five Hundred Thousand Naira) from the President of Nigerian Football Association and thereby committed an offence contrary to section 1 (1) (a) of the Advance Fee Fraud and Other Fraud Related Offences Decree as amended by the Tribunals (Certain Consequential Amendments etc) Decree No 62 of 1990 and punishable under section 1(3) of the same Decree”.