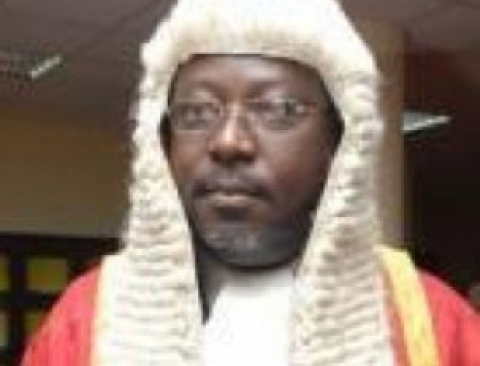 The judge has started handling some cases.

A suspended judge of the FCT High Court, Abuja, Abubakar Talba, resumed sitting after one year suspension by the National Judicial Council, NJC.

Mr. Talba was suspended for not exercising judicial discretion in the case of an Assistant Director, Police Pension Board, John Yusufu.

Mr. Yusufu, who pleaded guilty to three counts of theft of about N32 billion pension funds, was jailed by Justice Talba for two years on each count; but asked to pay a fine of N250,000 on each. He paid the fine and was set free; although the EFCC later re-arrested him for another charge.

For the judgement, Mr. Talba was suspended for one year by the NJC.

A correspondent who was at Court 12 in Gudu District of the Federal Capital Territory, FCT, reports that the judge presided over some cases brought before him on Thursday.

The suspension had earlier in December, 2013 raised tension in Kuje prisons as some of the inmates, whose cases are before him, expressed fear of further delay in their cases following the suspension.

Addressing the inmates, FCT Chief Judge, Ibrahim Bukar explained that the 31 criminal cases were returned to Justice Talba’s court to avoid having them started afresh.

A competent source in the court said that Justice Talba will only entertain criminal cases of long awaiting trial inmates.