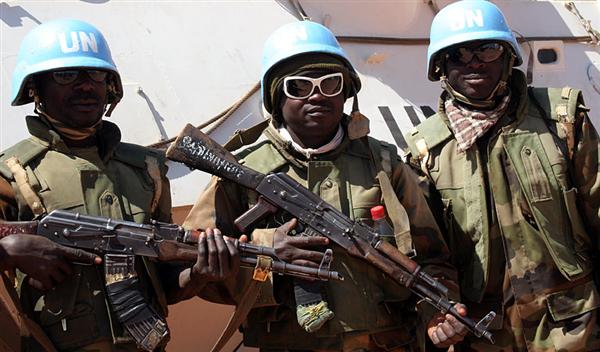 The official welcomed the international cooperation and military assistance offered by a number of countries to Nigeria to help find the missing girls.

A top United Nations, UN, envoy has ruled out a military intervention by the UN to rescue no fewer than 250 school girls kidnapped by Boko Haram insurgents in Chibok, Borno, on April 14.

Said Djinnit, UN Secretary-General’s Representative for West Africa, gave the indication at a news conference on Thursday in Abuja at the end of his four-day visit to Nigeria.

Mr. Djinnit, who was in Abuja at the instance UN Secretary-General, Ban Ki-Moon, said he held discussions with Nigeria officials on UN support to ongoing efforts to secure the release of the abducted girls.

He welcomed the international cooperation and military assistance offered by a number of countries to Nigeria to help find the missing girls.

He also expressed support for the holistic approach adopted by the Nigeria government to address the insecurity in the Northern part of the country.

He, however, said a UN military intervention to tackle insurgency in Nigeria could only be authorised by the UN Security Council.

The U.K., U.S., France, China and Israel had all offered assistance to Nigeria to help rescue the girls.

As part of the support, the U.S. had deployed surveillance aircraft while the U.K. government had announced that it would also complement that effort with a sentinel spy plane.

Earlier, the Secretary-General’s Representative read a statement, which announced that the UN was preparing a “support package’’ for the affected families and the girls after their release.

He said the support would also extend to immediate communities affected by the insecurity in the North Eastern part of Nigeria.

He outlined the support for the girls to include “psychological counselling and facilitation of their reintegration in families and communities.

“The package will also include response to emergency needs both in food and non-food items.

Mr. Djinnit also expressed deep concern at the lingering insecurity in North East part of Nigeria and reaffirmed UN support to Nigeria within the framework of the UN Global Counter-Terrorism Strategy.

He said during his visit he met with National Emergency Management Agency officials and offered UN support to help reinforce their response and capacity to deliver the much needed humanitarian assistance in the affected states.