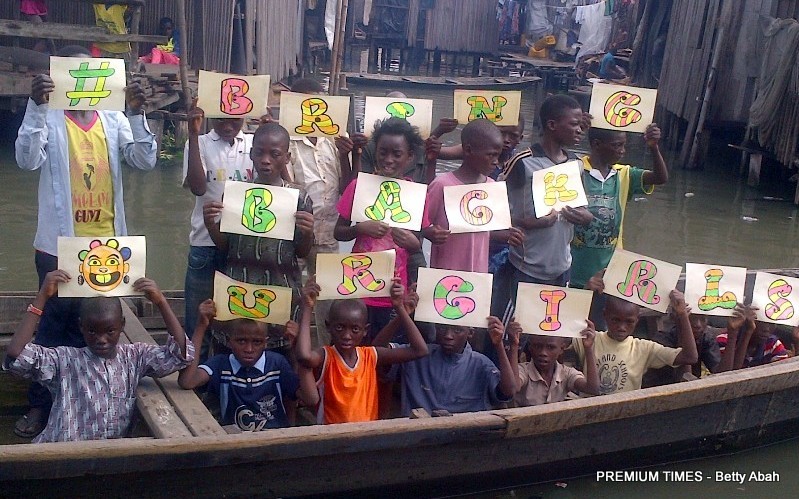 Youngsters in the waterside community in Makoko, Lagos joinging in the global cry to BringBackOurGirls Photo

The whole world is agog with activities geared towards the safe rescue of the over 200 girls abducted by the Boko Haram terrorist group since April 14 from their school in Chibok, Borno in North East Nigeria.

From turning its anger against the President Jonathan-led government for perceived slow response and indeed, indifference to the occurrence, the world is now united in a rare show of solidarity for the release of the secondary school girls thought to be aged mostly between 16 and 18.

Pictures show the youngsters in boat with placards calling for the safe return of the girls whose unprecedented kidnap has shocked the world to its marrows. Other photos also show a slice of the spectacular life in Makoko.

The community whose houses are built on wooden stilts and whose activities revolve mostly around water came to global limelight a few years ago when the Lagos State government attempted its demolition with little or no notice and no relocation or rehabilitation plan. The action drew international outrage and condemnation and the demolition exercise was halted.

The photo shoot was coordinated by the child’s rights group, the Centre for Children’s Health Education, Orientation and Protection (CEE-HOPE Nigeria).