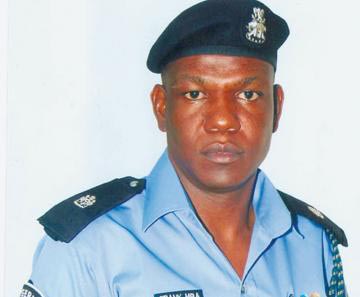 The Nigerian Police said on Monday that it did not arrest Naomi Mutah Nyadar, a Chibok women leader who has joined other women to protest the kidnap of over 200 girls in Borno State.

Mr. Mba said that during the course of the interview, Ms. Nyadar cooperated with the Police.

He said she was immediately allowed to return home.

“Mrs Nyadar cooperated with the Police in the course of the interview and was immediately allowed to return home to her loved ones. She was never arrested nor detained as being wrongly speculated in some quarters,” Mr. Mba said

He also said that the interview with Ms. Nyadar was one of the measures geared towards extracting useful information that could help in rescuing the girls.

Mr. Mba said that the Nigeria Police and other security will leave no stone unturned at ensuring that the abducted school children are rescued.

Ms. Nyadar and other women have been embarking on a daily protest in Abuja since April 30 to demand the release of the girls kidnapped on April 14 from the Government Secondary School, Chibok, Borno State.