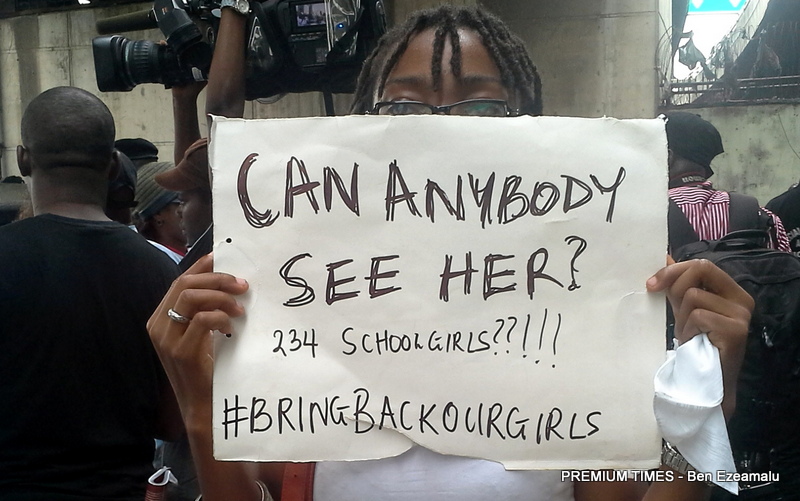 The Media Assistant to the First Lady, Ayo Adewuyi, on Monday denied that Patience Jonathan ordered the arrest of Naomi Mutah Nyadar, a leader of a protest to release the girls kidnapped by Boko Haram in Chibok, Borno State.

Mr. Adewuyi, in a statement in Abuja on Monday, said the attention of the president’s wife’s had been drawn to reports that she ordered the arrest of Mrs. Nyadar.

“We wish to state without any iota of equivocation that the first lady did not order the arrest of any woman or anyone for that matter before, during and after the meeting,” he said.

He confirmed that Mrs. Nyadar attended the women stakeholders’ meeting convened by Mrs. Jonathan to discuss ways and best strategies to ensure the release of the abducted students of Chibok Girls secondary School.

“It is instructive to note that the meeting ended after three o’clock on Monday morning.

“And all those invited to the meeting, including a handful of journalists who stayed throughout the lengthy meeting, left the Presidential Villa thereafter,’’ Mr. Adewuyi stated.

Mr. Adewuyi said that Mrs. Nyadar came to the meeting as part of the Borno State delegation.

“The women were alarmed when someone who knew her told the meeting that she was impersonating one of the mothers of the alleged abducted children on the basis for which she attended the meeting.

“The women expressed their disappointment when she confirmed that she is not a biological mother to any of the abducted children.

“Naomi left the State House with other members of the delegation.

“If she was arrested as claimed, then enquiries about her arrest should, therefore, be directed to the security agencies,’’ Mr. Adewuyi said.

Witnesses at the Asokoro police station where Ms. Nyadar was initially taken to said she was actually there and was eventually whisked away to an unknown destination.

Her lawyer, Samuel Ogala, also confirmed to PREMIUM TIMES that she was arrested. After a crowd emerged at the police station demanding for the release of the woman, the Divisional Police Officer ran away. Moments later, she was taken away in a presidency van, Mr. Ogala said.

Ms. Nyadar was released by the police on Monday afternoon.

She is one of the women who have held protests daily in Abuja since April 30 to demand the release of the over 250 female students of the Government Secondary School, Chibok, who were kidnapped on April 14 from their school dormitory.