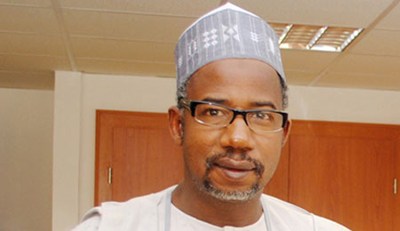 “What happened was an incident that could not be foreseen, as insurgencies are occurrences that are difficult to predict.”

The Federal Capital Territory Minister, Bala Mohammed, has directed free medical treatment and feeding for victims of the May 1 Nyanya bomb blast.

Mr. Mohammed gave the directive after visiting the Asokoro District Hospital on Thursday night where some of the injured victims are receiving treatment.

This is contained in a statement issued on Friday in Abuja by Nosike Ogbuenyi, the Special Assistant on Media to the FCT Minister.

The minister condemned the blast, describing it as a serious emergency.

Mr. Mohammed condoled with the families of those who died, commiserated with the injured and assured Abuja residents that the security agencies would ensure their safety.

He appealed to the Abuja residents to be calm and vigilant while going about their normal duties.

“What happened was an incident that could not be foreseen, as insurgencies are occurrences that are difficult to predict,” he said.

Mr. Mohammed said that the perpetrators would not succeed in destabilising Nigeria, adding that Nigerians would emerge stronger and more united from the current challenges.

He urged residents to unite against terrorism and sued for more cooperation with the law enforcement agents by giving them information and assistance.

The Nyanya explosion on Thursday claimed 19 lives and injured 60 people.