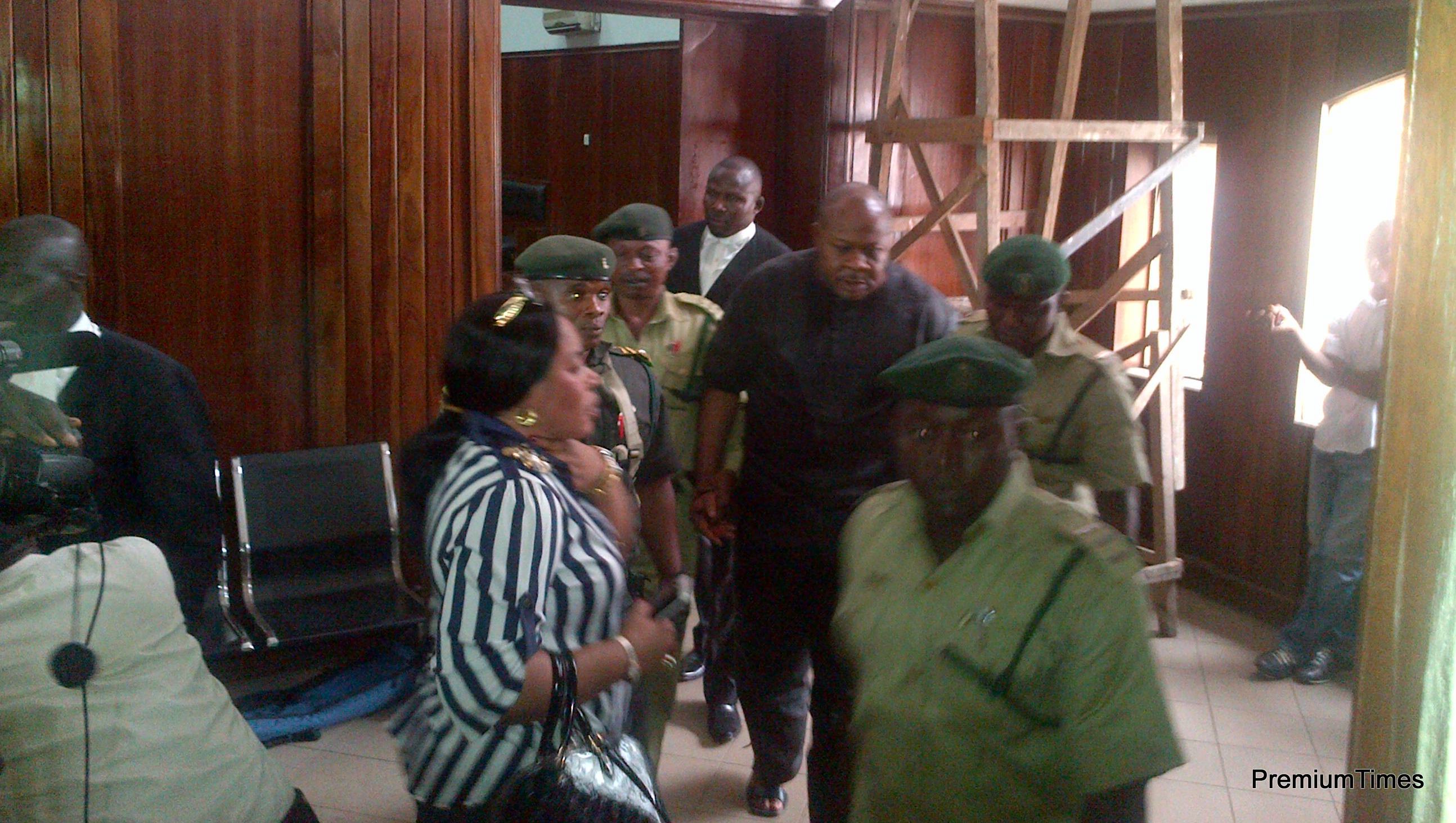 The trial of a one-time Lagos socialite, Fred Ajudua, charged with $1.69 million fraud, was on Monday stalled due to the absence of a prosecution witnesses.

Mr. Ajudua and one Charles Orie are being prosecuted by the Economic and Financial Crimes Commission, EFCC, before Justice Kudirat Jose of an Ikeja High Court.

They are standing trial for allegedly defrauding two Dutch businessmen – Remy Cina and Pierre Vijgen – of $1.69 million (about N252.8 million).

During Monday’s proceedings, the EFCC counsel, Wemimo Ogunde, told the court that some of the prosecution witnesses reside abroad.

Mr. Ogunde said the defence counsel, Olalekan Ojo, had on April 25, served the commission with an application for stay of proceedings but later called to say that it was served in error.

He said the EFCC could not therefore extend invitation to the witnesses to travel down to Nigeria because the commission was unsure of how the matter would proceed.

According to him, the commission is being cautious because a similar incident occurred in the past when witnesses came but the matter did not proceed.

Mr. Ogunde, therefore, asked the court for a 21-day period to enable the EFCC get the witnesses to attend the trial.

Mr. Ojo, however, opposed the request for the 21 days adjournment, arguing that the period was too long to get witnesses from abroad.

He said that it would be wrong for the court to grant such a long adjournment when his client (Mr. Ajudua) had been refused bail.

The counsel said the fact that his chambers mistakenly served the EFCC with a wrong process was not enough excuse for the commission not to bring its witnesses to the court.

In a short ruling, Ms. Jose overruled Mr. Ojo’s argument and adjourned the matter till May 23 for trial.